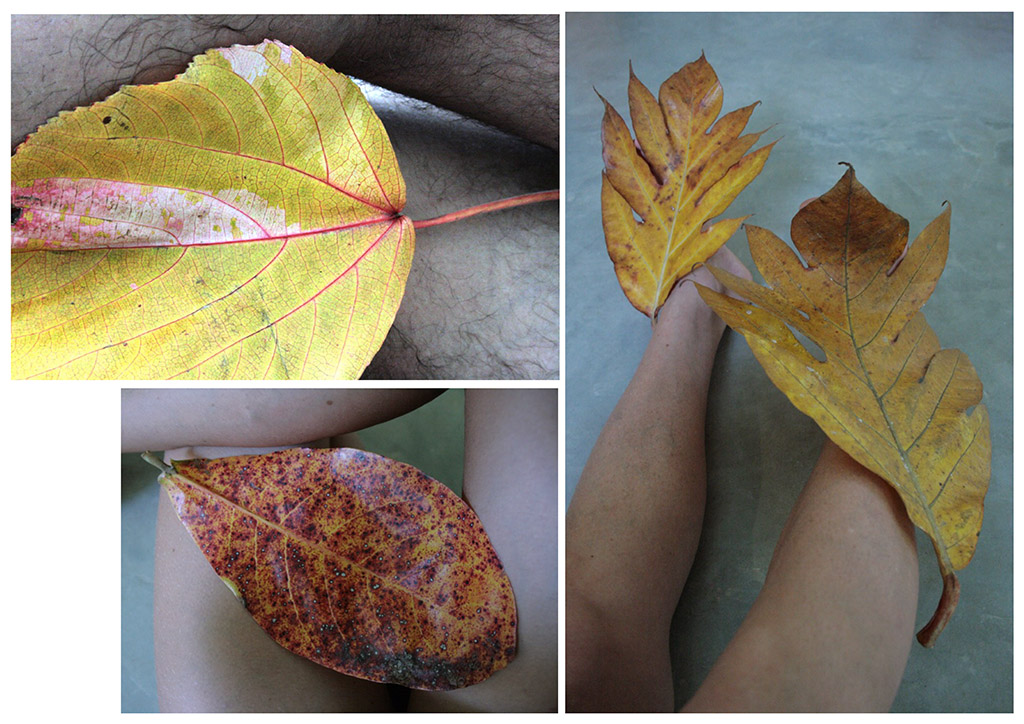 Performance artist Nana Francisca Schottländer is artist-in-residence for six weeks in Sri Lanka at Sura Medura. This site-specific residency takes place as part of Metropolis’ partnership with the In Situ network.

‘The task is to make kin in lines of inventive connection as a practice of learning to live and die well with each other in a thick present.

[…] In fact, staying with the trouble requires learning to be truly present, not a a vanishing pivot between awful or edenic pasts and apocalyptic or satiric futures, but as mortal critters entwined in myriad unfinished configurations of places, times, matters, meanings.’

(Donna Haraway, Staying with the Trouble – Kaking Kin in the Chthulucene)

Establishing a relation with someone or something changes us. It redefines us, inspires and shapes us. It’s risky business…

Arriving in Sri Lanka was an intense overload of chaos, colors, shapes, people, sounds, humans, plants, water in all its forms – and my own body and mind trying to adjust to it all. It took time, effort and curiosity to create meaningful relations.

Early on, the question became how to make myself available for transformative encounters. How to invite them and trust them across cultures and the predefined expectations of our different positions as local and foreigner. It was challenging and confusing. Often I wanted to become as invisible as possible, to just blend in with people and plants, to escape my foreignness.

I started relating to the natural entities around me, like mangrove flowers and pods, nuts I found in the beach, leaves, roots, rocks. This was my first step towards establishing more intimate contact with locals. Non-human locals.

In Sri Lanka there is a deep affinity with nature. Initiating my work I discovered that my curiosity and appreciation of growths and beings united me with the people here to bring us, momentarily, beyond the transactional nature of me looking like a tourist and the locals trying to find ways to get by. It was a relief to find shared ground beyond that set of roles.

Shared explorations brought us together in moments of curiosity and appreciation and we could meet. Human to human – and human to other-than-human.

Being the only artist in residence I could not rely on collaborations with other residents, and I had to find new ways of working. First of all I had to move behind the camera to explore through the lens while at the same time relating bodily to the objects and entities I was exploring. These images became sort of relational portraits. Initially only using my own body as a canvas, but after a while building up friendships that could sustain me asking others to invest their bodies, and also ask them to share with me what they found fascinating/beautiful.

I am used to being in front of the camera and sometimes I struggle with my distinctively feminine body and the connotations this brings to my work. Owning and exploring my own gaze on both my own and other bodies, human and other-than-human, opens a new level in my work and in my ways of relating with the entities, I gaze upon. A feminine, relational gaze.

Being introduced to the film workers Douglas Kahan and Tamara Whittle allowed me to move back in front of the camera again for a bodily journey of exploring relating with natural and man-made environments. The work became a contact improvisation of sorts; putting my own body into moving exchanges with the different environments and allowing that to form a dance between all the elements present. Dancing relation.

In the course of my processes and explorations, more and more people have gotten involved; Nilanthe who was sharing his knowledge and curiosity of the garden and jungle with me in very limited english, and who was the first to let me borrow his arm and skin for fotos. Doctor Priyantha Udagedara, visual artist and professor at the University of Visual and Performing Arts Colombo, and the first-year diploma students, with whom I went on a mind-blowing field trip to the rainforest of Ritigala. The local print shop owner Saman, who was extremely dedicated in helping me edit, compose and print the photos I have done – and who in the course of that became my friend. Douglas and Tamara with whom I did the video journey and had a truly inspiring collaboration. Nalinda who challenged his skills as a traditional woodcarver created beautiful sculptures in Mahogany and Attonia woods based on nuts and seeds that I found on the beach. Tharu who has been teaching me to surf and who agreed to help me explore images of body and rocks with him. My friend Dinith Ashan and mr. Abé at the Eco Village in Dodanduwa which is the most magical place I have seen, and where I spent beautiful, inspirational time and created some of the video. Neil and Maria at Sun Beach in Hikkaduwa, who have been part of the whole process.

Printed and edited in collaboration with Saman Samarawickrama Studio, Hikkaduwa.

WASHED UP ON THESE SHORES

A series of wooden sculptures based on nuts and seeds washed up by the sea. The sculptures are made in local wood types Mahogany and Attonia in collaboration with woodcarver U. D. Nalinda.

The objects examine, in an aestheticized way, the process through which something mundane, washed up, is given new value and meaning through curiosity, appreciation, attention, time and effort, which all lend it new significance through relating to it and thus inscribe it in a new story.

BLENDING IN (STANDING OUT) (video)

A contact improvisation with human and non-human environments and their inhabitants exploring blending in, standing out and coming together. Filmed on location in Hikkaduwa and Dodanduwa, 11 December, 2019 at Hikkaduwa Beach, Ranjith’s Hut, Salty Swamis, the train tracks, Eco Village and Dodanduwa Beach.

A small video piece unfolding around the body-like rocks of Dodanduwa Point, a human body, the waves and a large piece of semi-transparent, synthetic fabric bought at the fabric market in Colombo. Filmed on iPhone 6 at Dodanduwa Beach, December 2019.