Three-dimensional video mapping, hypnotic soundscape and high-tech visions of the future are the main elements of a grand outdoor digital transformation of one Copenhagen’s iconic and historic buildings – the University of Copenhagen.

The collaboration between the experienced performance artists Steen & Hejlesen and the award winning cult duo Den Sorte Skole started with “In The Name of Democracy” in 2015. Thousands of overwhelmed spectators watched while the Court House transformed into a candy striped temple of love and a blinking casino, and the insisting sound of Den Sorte Skole hypnotized the audience.

This time they direct their focus and projectors towards the University of Copenhagen in the sensory and thought-provoking live-installation UNITOPIA uniting architecture, performance, video technology and concert.

The monumental facade of the University changes into a stage for scenarios of a future inspired by Artificial Intelligence, Machine Learning, Big Data, Quantum Computer, Augmented Reality, Digital Twin, and Nanobots.

How do we come to terms with the visions of a near future, where being a human is radically changed by these groundbreaking technologies? A reality surpassing the most far-out science-fiction? 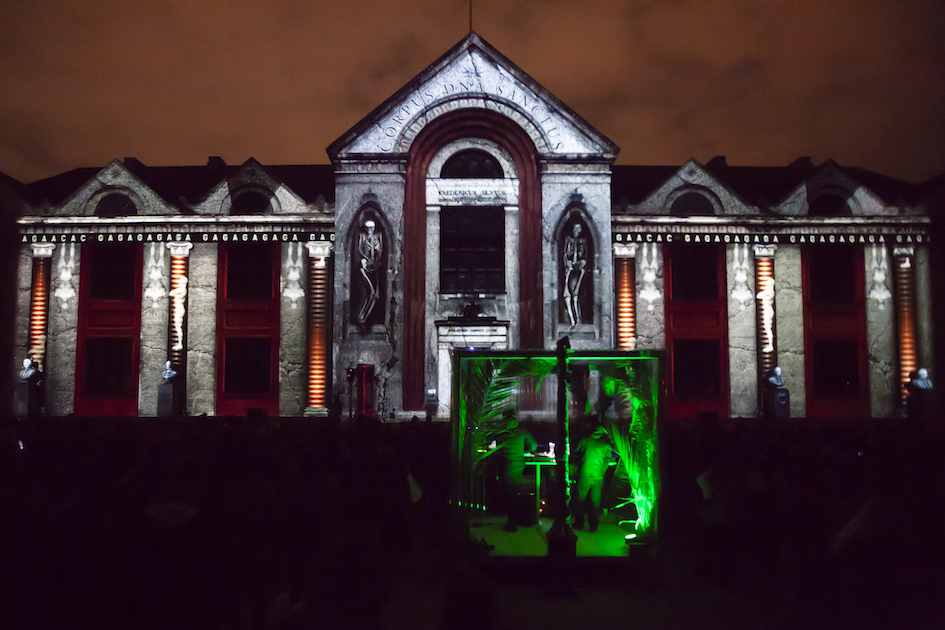 ABOUT STEEN & HEJLESEN
Steen & Hejlesen is a collaboration between Ninna Steen and Thomas Hejlesen, to icons from the Danish performance and dance scene, known for their innovative approach to performing arts. They have moved from working with choreography of the body to working site-specifically with choreography of architecture.

Their works transform architectonic facades through video projection and mapping. Video animations are projected live to transform buildings into living, dynamic constructions. Aesthetic formats and genres are mixed creating events literally transforming our city in front of our eyes.

ABOUT DEN SORTE SKOLE
Den Sorte Skole has obtained cult status by making their very own sounds from sampling the sounds of others. The pick up sounds from records from all over the world within all genres transforming them into musical collages. They perform live as a tornado of musical energy, and they keep on attracting huge crowds to their performances at among others the Roskilde Festival. They have been awarded several prices and have a big, loyal audience reaching far beyond the national borders. 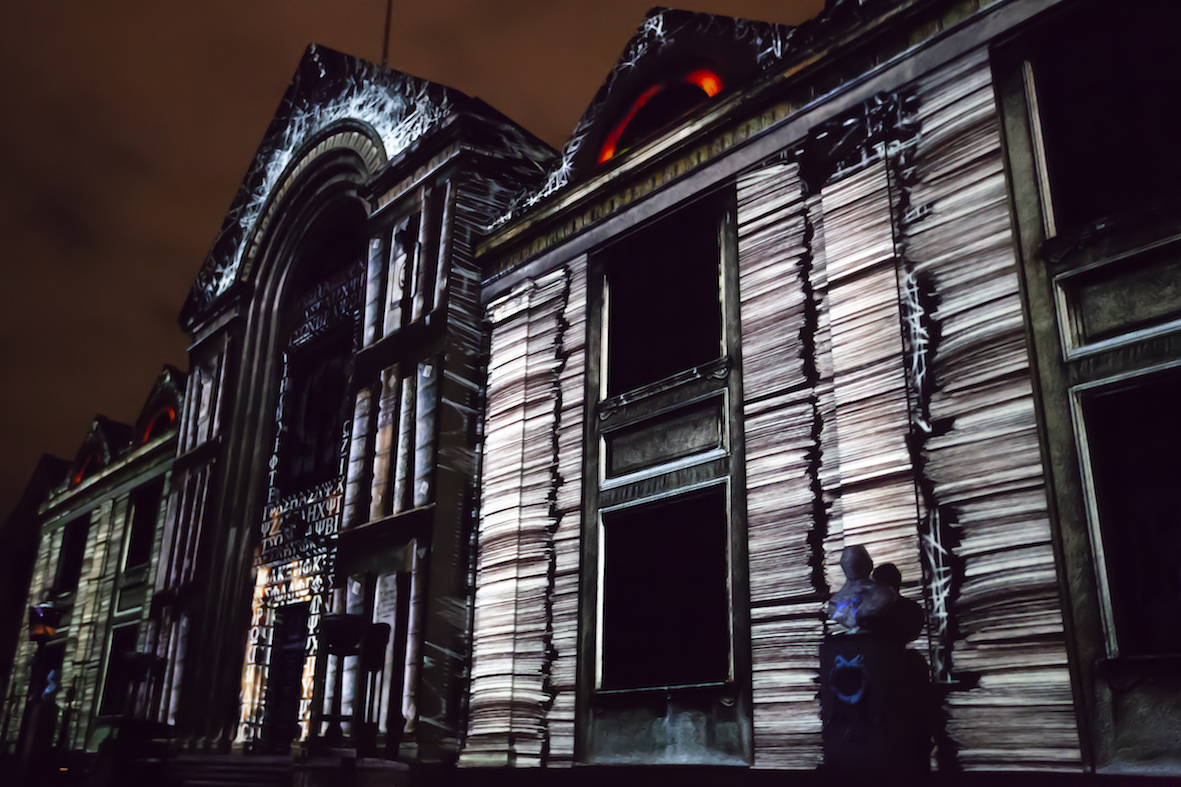 REVIEW
“A sense infusing exploration, both as a live power criticism and as a fantasy over the origins of the institution and possible scenarios for its future (…). As soon as Den Sorte Skole powers up with sense-sparkling electricity – suggestively thundering and dangling with their full sampled echoing soundscape – the traditional institution can no longer stand majestically carved in the stones of immortality, massively closed. Rather it becomes a machine to teach the spirit and a cauldron, where white steam pumps through the building and its cross-section of channels, glowing all the way to the roof (…). But the flock of people on Frue Plads is sucked into the whole thing. Powerfully the big scale-installation spreads to your body via the music physically beating in meat and bones.”
Politiken 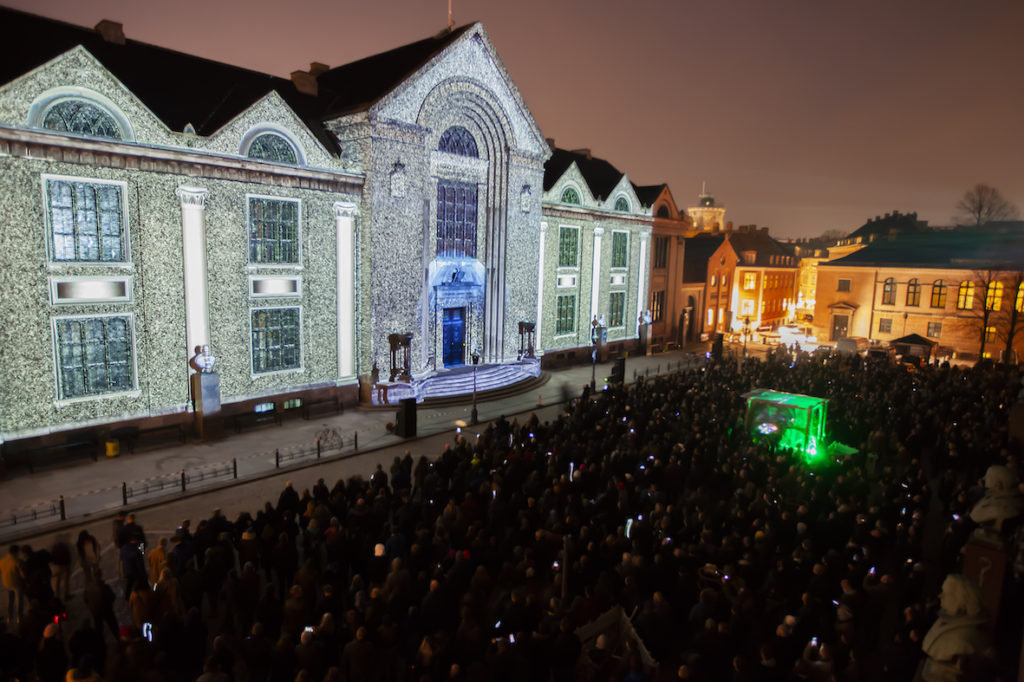 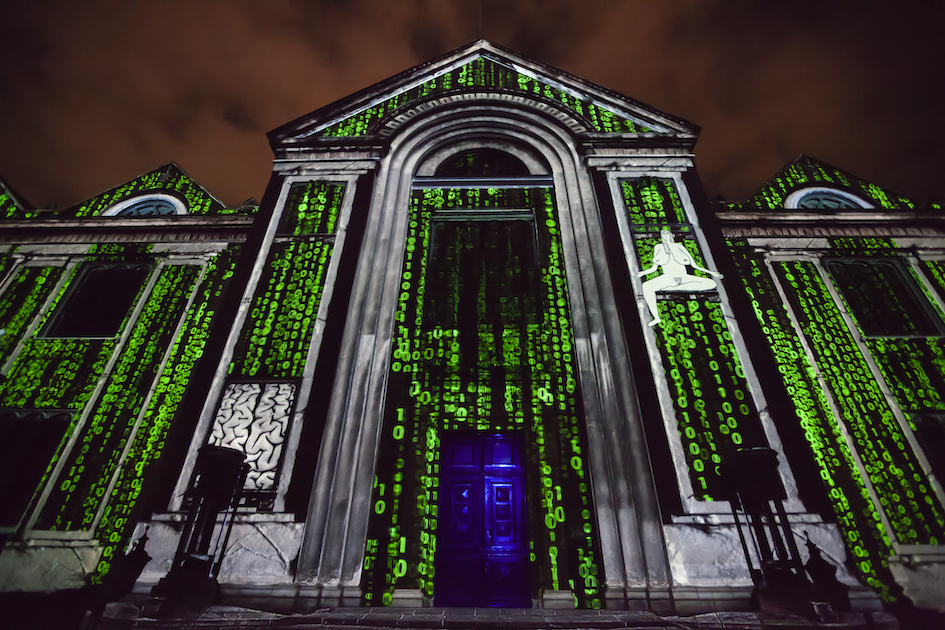