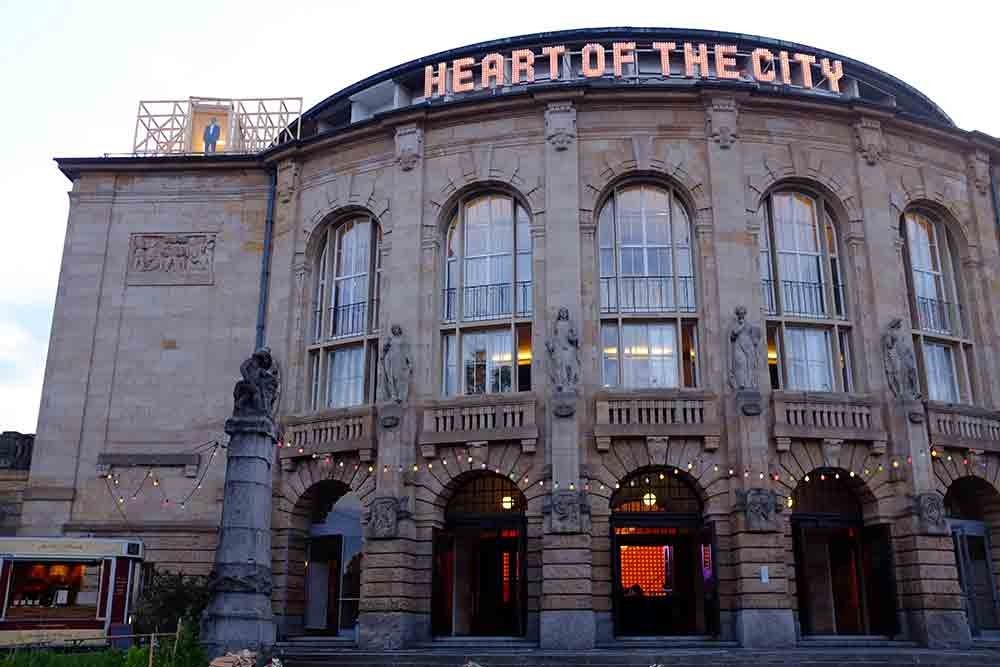 Joanne Leighton is a Belgian-Australian choreographer, based in Paris. As a choreographer and director of WLDN Joanne has developed a practice which activates, engages but also choreographs the city. She deals with aspects like identity, contemporary rituals, memory and vision by creating open artistic processes. Her project “Les Veilleurs – The Vigil” where 732 citizens watch over the city in turn, for a year is a conceptual meta performative act, which has a meta impact on the identity of the city.

Sara Erlingsdotter is a Swedish theatre and opera director, and guest teacher, assistant professor, at Stockholm University of the Arts. She has been engaged in the project “performing arts and the landscape” since 2011. In her work she aims to extend the idea of site specific work by increasing the role of the performing arts makers in the social landscape and building of communities.

The Vigil is a performance by Joanne Leighton and it has been ongoing from 2011 to 2018 in different cities. The performance is designed for 732 participants. Every morning and evening at sunrise and sunset, during 365 days, one of the participants stands on a high point and holds watch over the landscape for an hour.

Vigil as a word is defined as an act of staying awake, especially at night, in order to be with a person who is very ill or dying, or to make a protest, or to pray. 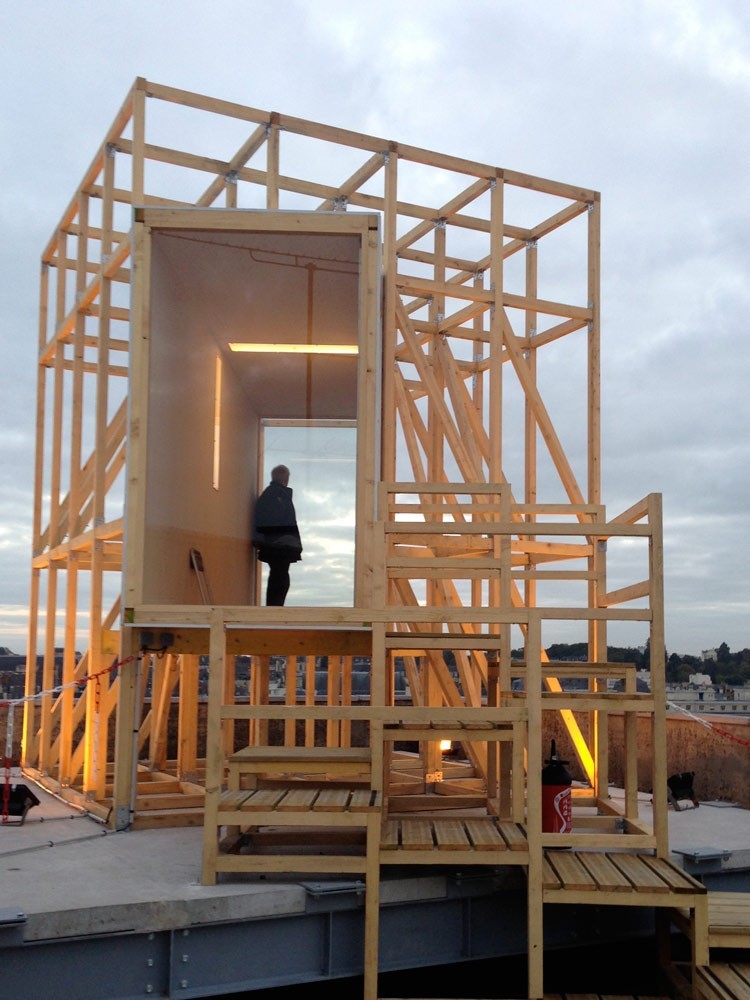 To Witness and Perform the City

The Vigil is a form of a long, silent and peaceful resistance. Due to the documentation process The Vigil becomes a way of creating stories: building an active memory, an archive of the period, made and performed by the citizens themselves.

The concept works so that the ideas and practices are transmitted to an organizing group, whom then continues to realize the performance. Leighton describes her methods: she works with the participants in a co-creative way, not hierarchically by telling them what to do but by involving the public into the process.

She says that the idea of the Vigil stays preserved because the organizing partner takes a strong ownership of the performance. With the feeling of ownership the enthusiasm to preserve the original performance’s meaning and history is also transmitted.

Creating Ownership of the City

A high point in a city is decided as a place for the Vigil by the community and organizers together. The location decision might be based on political issues, raising awareness, city redevelopment plans, renewal etc., depending on the city and the project at hand. The light construction is then placed on the high spot ie. on a natural high point such as a hill or on top of a building or a monument.

After the hour-long Vigil, experiences as texts and photos are collected from the Watchers. This documentation process accumulates stories throughout the year, bringing together experiences and images about the city seen through the perspective of the Watcher.

Leighton also describes how after each performance, the Watchers come together to discuss their experiences and share ideas that were born during the watch. The organizers arrange a series of events for the participants to meet each other, also participants from different cities and years of Vigil. She describes how a variety of people have felt ownership of the performance and have wanted to take part in these events. Some of the people participating in these after event have previously been Watchers in the performance while some have been affected by it in some other ways, perhaps by experiencing some personal feelings while seeing the performance happen in their city or by taking action in a way that connects their personal stories to the Vigil.

One of the aspects describing The Vigil’s success is the fact that the performance has been continuous for several years, 2011-2018. The project moves from one city to another city after a year of performance. The local organizations, who adopt the performance, have had a strong feeling of ownership over the performance and have preserved its original concept. At the moment the 6th Vigil is now performance in Evreux during 2018.

According to Leighton cities have also found ways to incorporate the performance into plans to make urban districts more attractive to the public. For example in areas which were previously not as well know for urban life or were at those times under construction. 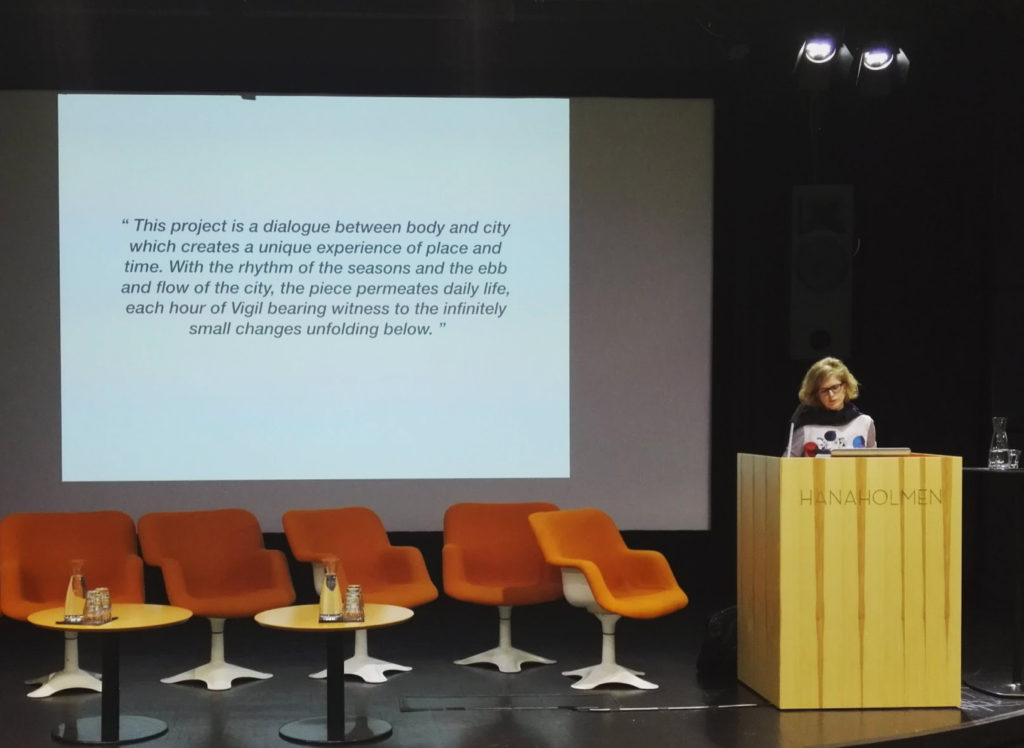 Sara Erlingsdotter brings her art from the theater stage to the urban and rural landscapes. During her presentation at the conference she presents various cases realized in Europe and in Sao Paulo, Brazil for example. She describes that although the landscapes in these locations are very different, there are still similarities between the performances, people, behaviour and outcome. In her art she aims to create meeting places, and she highlights that she wishes everyone to participate rather than watch as an audience.

She briefly describes her performance such as Song Traces and Dream Landscapes, which aims to create meeting places in the forest, by a combination of different forms of art. The performance consists of walking in the nature and singing and ends to a picnic in the fields.

Another case of hers is a concept for a City – ‘Älvdrottningen Sorgenfri’, designed for a postindustrial site in Malmö. She describes the process of planning the concept and realizing it.

Erlingsdotter describes how they first designed the concept but quickly realized that there were a lot of variables and needs in regard to the development of the area and peoples wishes. They had been working with the city and city planners, and once they went to the site she describes that the public perceived them as part of the city organisation and the participation process became harder.

After the experience they decided to proceed with a lab approach, and as the method was less hierarchical, the public found it easier to participate through low threshold activities such as workshops.

Erlingsdotter describes the concept as acupuncture for specific sites in the urban area, in order to activate the area and bring people to the sites that were previously not as known for the public. In the lab phase Erlingsdotter worked with musicians, opera, city officials, companies and the citizens. 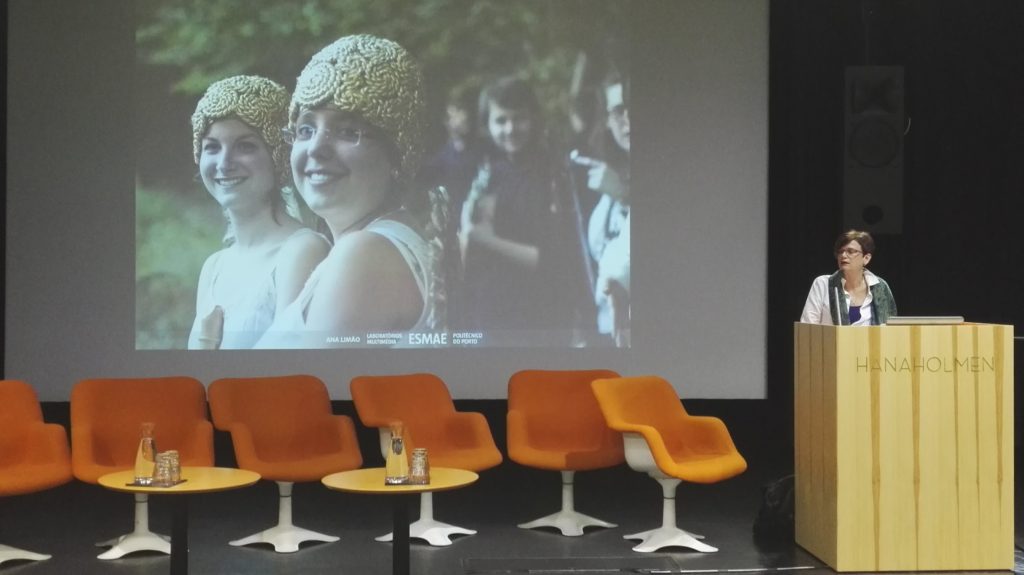