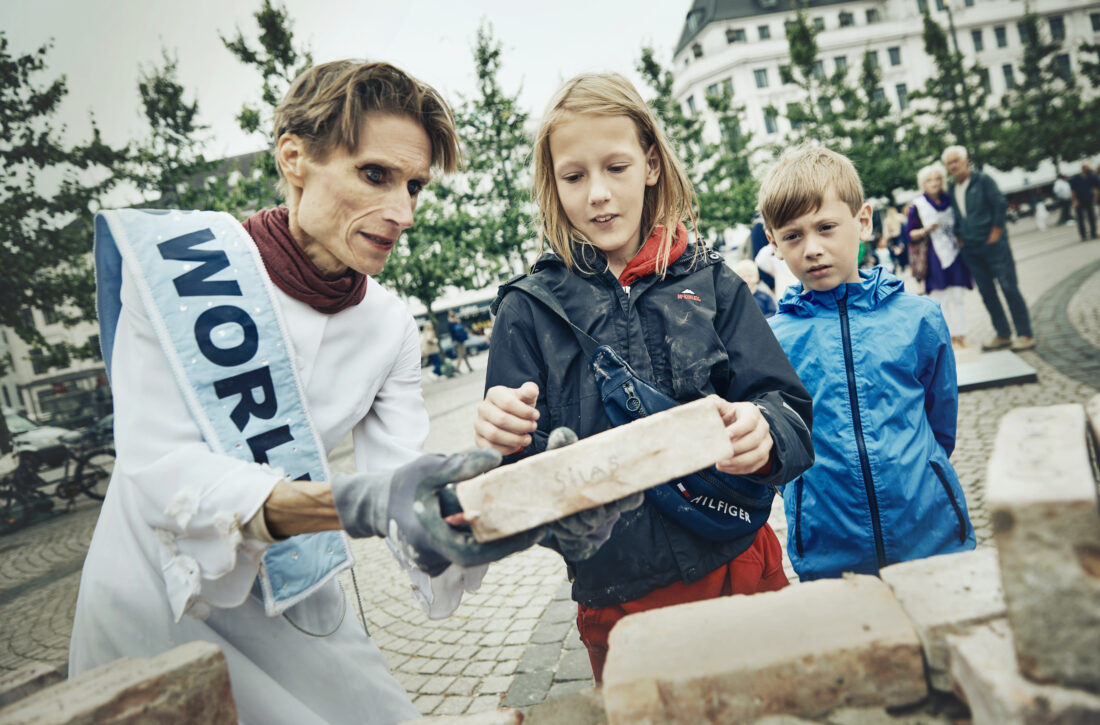 Let’s build a Wailing Wall together. A cross-border, planetary Wailing Wall, so that we have a place where we can cry out our grief and despair, rage and rebellion individually and together.

At sunrise, Miss World lays the first stone, the foundation stone, and from here and to sunset you are invited to each lay a stone. Like the Teufelsberg in Berlin, an artificial mountain created by the ruins after the devastation of World War II, the Wailing Wall is built of the remains of destroyed buildings in Copenhagen and the Danish province.

Miss World ties it all together with conversation, song and natural mortar. Like an angel in her white dress, she invites to talk about the phenomenon of a “Wailing Wall” – about its relevance and perhaps even necessity in our time as a place where people from all over the world, regardless of nationality and faith, can gather to cry out anger and grief. Or sit alone for a while with your eyes closed and your back against the wall and just be.

At sunset, the wall is finished and has become exactly as big or small as it has now happened to be, definitive in its imperfection. At dusk, Miss World gives a quiet, acoustic concert.

After this, the wall will stand as the Planetary Wailing Wall in Copenhagen forever. As long as forever is allowed to last.

On Sunday, July 24, Miss World guards the Wailing Wall, and you can put a note into the wall with your thoughts, feelings, sorrows, or prayers to the gods. 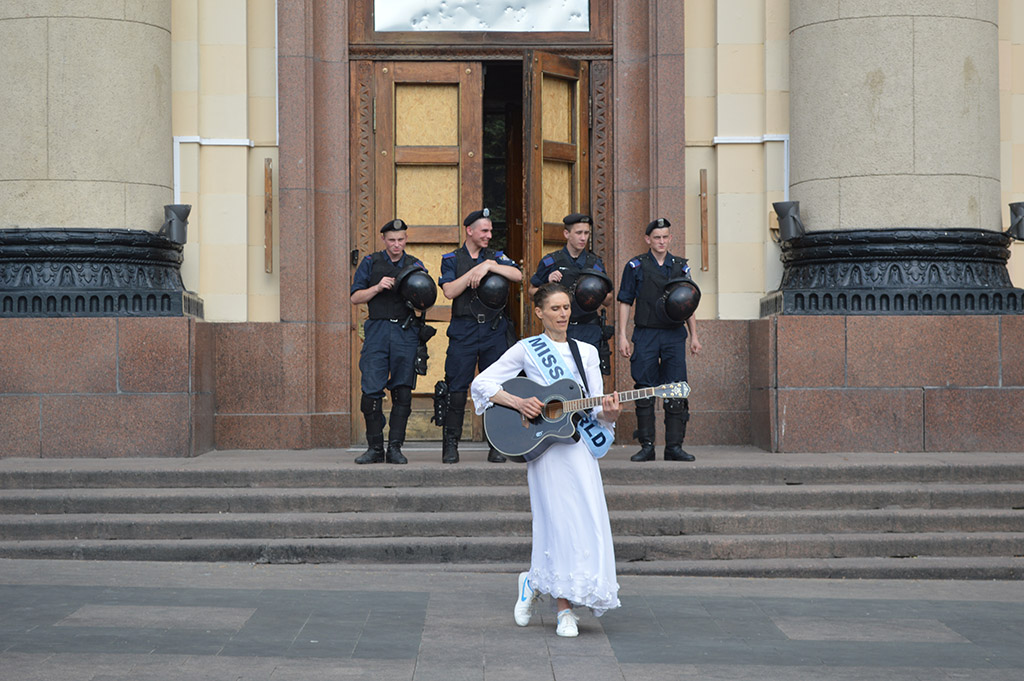 THE WAILING WALL OF OUR TIME

When the corona pandemic reached Denmark in March 2020, the state closed the churches. When Russian forces invaded and began their bombing of Ukraine in February this year, one of the first targets was the churches. In Jerusalem, the Wailing Wall has become one of the most inflamed sites for the conflict between Israeli Jews and Palestinians. Hurricanes rage, the sea-levels rise, deserts spread where the rainforests once stood.

Now, finally, at the last moment, as sent from heaven, that is, raised with the bare hands, together and out of necessity, the answer takes shape, soon it is here: The Planetary Wailing Wall. Come! 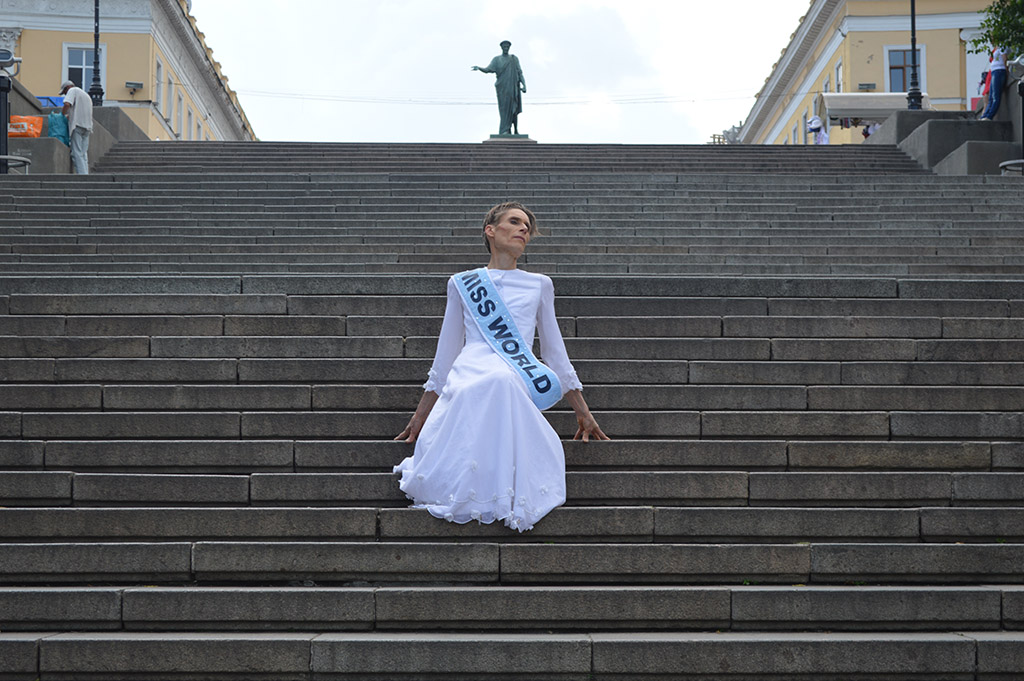 Miss World has in incarnations such as Madame Nielsen, Agent Nielsen and as part of the worldwide movements Das Beckwerk and The Nielsen Movement since the turn of the millennium formulated major political action strategies for the otherwise powerless citizen of the world, i.a. with interventions in Iraq, USA, Iran, Afghanistan, Egypt. They are constantly trying to be an example of how the individual citizen of the world, together with other powerless people, can help to write world history.

As the reconciling angel she is, in 2014 Miss World appeared in eastern Ukraine right where the war is now raging again between two nations who speak almost the same language, have the same national rights and the same orthodox faith. There she appeared in the middle of the fighting and sang her conciliatory songs for Russian “patriots” and Ukrainian “nationalists”.

Now the time has come for her to return to the world and reconcile us again, with each other and with our sorrow and despair. For in the end, despair must be turned into action, but if grief does not take the place and the peace it needs, action becomes war and hatred, not creation.

See Miss World in Ukraine above