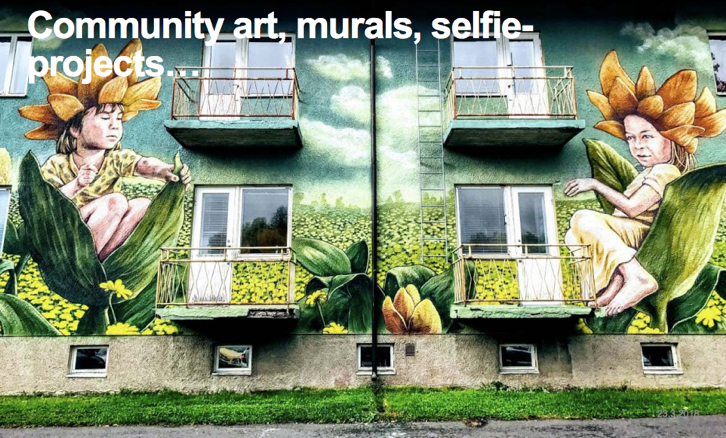 Eveliina Harsia is an architect and urban planner working in the city of Helsinki. She was previously working for the municipality of Sipoo and she was involved in a digital memory mapping project in Nikkilä. Harsia is also chairwoman of cultural planning Finland association. 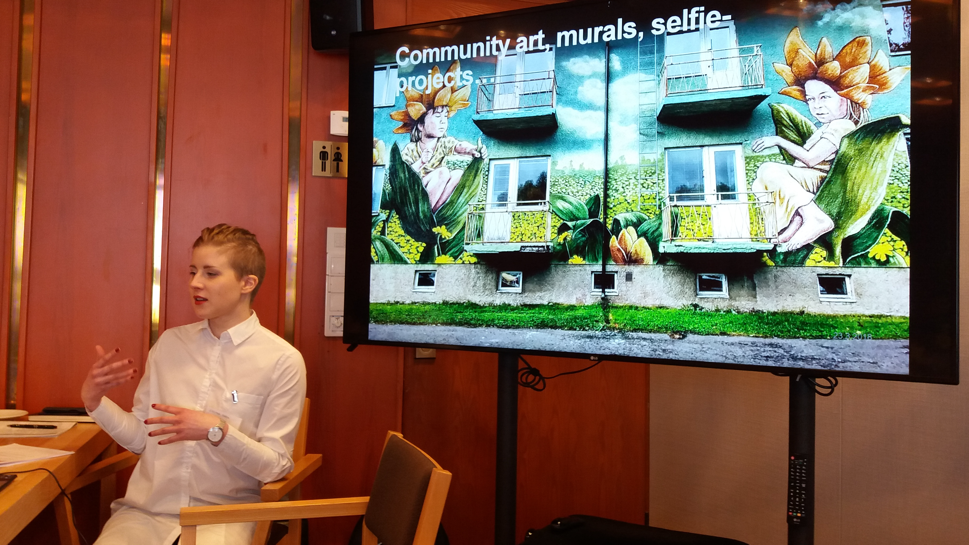 Municipality of Sipoo together with PhD researcher Pilvi Nummi carried out a digital memory mapping project in Nikkilä. Nikkilä is part of Sipoo and located in the eastern-side of Helsinki metropolitan area. The project developed and tested a crowdsourcing model to reveal people’s values and place-based memories in relation to build cultural Heritage in Nikkilä, Sipoo.

Memories were collected with mapping tools and via social media during 2016. The digital memory mapping project was part of a bigger cultural planning process in Sipoo and the data was used in the city planning process.

Nikkilä is a village of about 4000 inhabitants in Sipoo. Sipoo has about 20.000 inhabitants in total. The center of Nikkilä is rather dense, but the small center is surrounded by forests and fields. Even if Nikkilä is close to Helsinki, the environment is very countryside like. Nikkilä is growing fast and the population is expected to grow rapidly in near future. Because of the growing population of Nikkilä, the center will be densified and it is under pressure to transition.

As expert inventory of build cultural heritage is not inadequate, Sipoo municipality planners wanted to use crowdsourcing to gather people’s memories and values related to old buildings in Nikkilä.

In the same year, 2016, as the project was carried out, an old school building was demolished in Nikkilä. People in Nikkilä protested against the decision to demolish the building, and it resulted in a conflict inside the municipality administration – but the demolishing was still carried out.

This incident underlined lack of information about heritage also highlighted the importance to gather and understand local people’s values and memories related to old buildings. The future development of a growing number of inhabitants requires a better understanding of people’s values about their living environment.

The Process, Methods and Tools

Local people’s memories and valuations in Nikkilä, related to old buildings, were collected with a web map survey tool and social media monitoring  “Muistojen Nikkilä” Instragram and Twitter accounts were established and people were encouraged to tell, share and forward their memories and add pictures. In addition, some local Facebook pages were observed  during the research project. 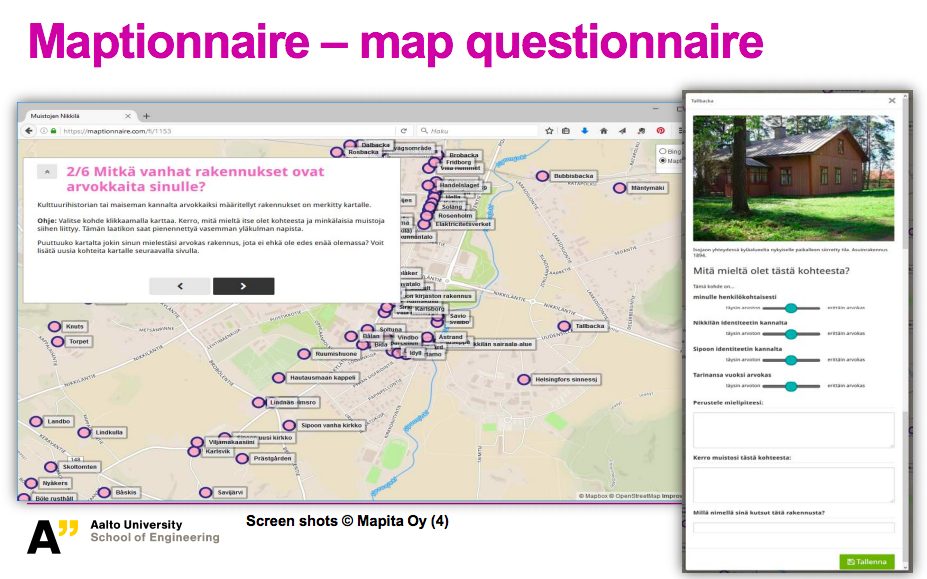 Map questionnaire “Maptionnaire” included pictures of old buildings placed on a map, and people were able to answer whether the building is valuable or not. The valuation was done from a personal perspective and from a perspective of identity of Nikkilä and Sipoo, and people were also asked to evaluate whether the building is valuable, in relation to the story behind it.

People were also able to add valuable buildings, if it wasn’t placed on the map beforehand. In addition, people had the opportunity to share their memories related to the building. 186 people answered the web questionnaire. Interesting detail was, that no negative memories emerged in the map questionnaire or in the social media challenges.

The data collection included some practical challenges. The pictures from social media channels were difficult to place on a map. This challenge resulted in a lot of manual work. To deal with the problem, a workshop was held with local people to locate the places presented on the social media pictures.

Also, involvement of young people was a problem – it was difficult to get young people to get interested about the memory mapping project. Some locals also felt that after collecting data from people, it was not used in the planning process. To deal with this challenge transparency of the processes inside the municipality organisation should be developed.

An alignment in Nikkilä development plan reflects the values of the locals:

“The cultural heritage will be conserved. The old milieus are dear to the residents and the cornerstones of the identity of Nikkilä. In the new plans as one of the starting point should always be the architectural heritage and characteristics, which can be expressed also by contemporary architecture.” – Alignment of the cultural environment in Nikkilä development plan, 2016

The data collected in the project is also used in an outline plan to create resident profiles to be used for evaluating planning solutions. The outline plan has a service design approach and the memory mapping data was useful for the work.

The data should be open for everybody and ideas how to analyse memories should be created. The social media accounts “muistojen Nikkilä” are still active to some extent, but the questionnaire was only open in a limited period. It was considered that the process should be continuous. This raises a question what is needed to create a planning system where cultural planning is “a new normal” way of planning?