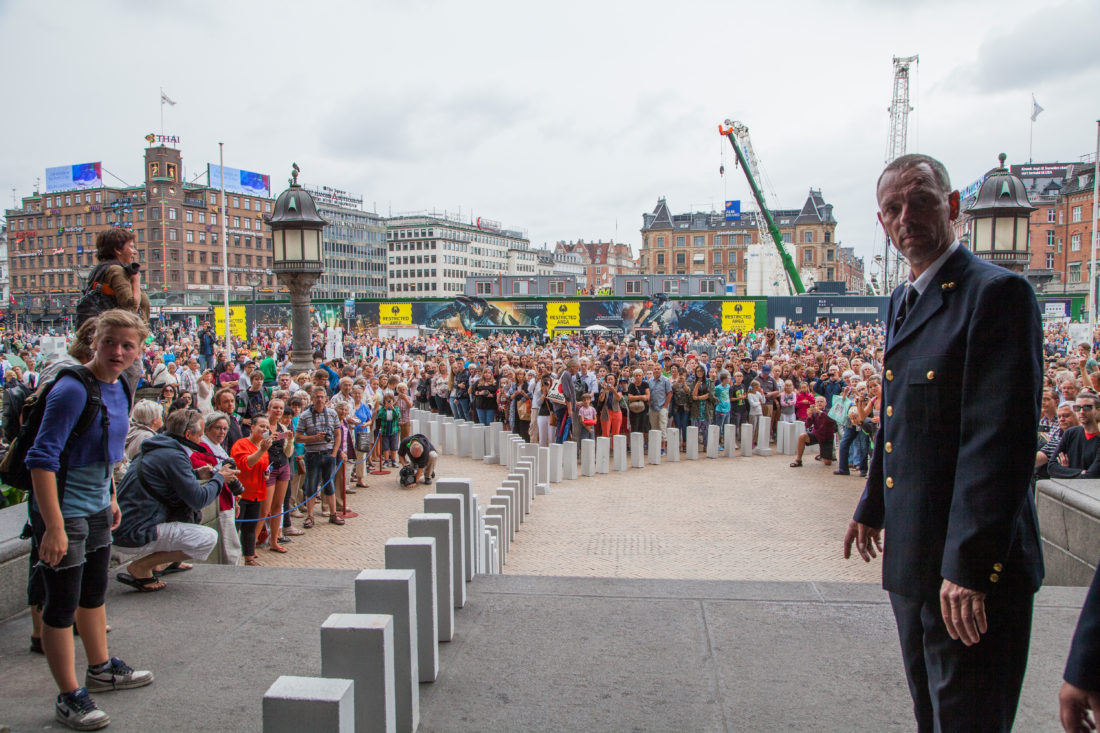 Dominoes are set to launch Metropolis as a playful homage to Copenhagen. You have probably already played with domino bricks, and lined them up in a row, only to get them to topple one by one. Now imagine that the bricks are so tall they nearly reach your thighs, that there are 7,000 of them, and that they cover a distance of 3 kilometers. Come 1st August, when the scenario will become reality and this monumental but fleeting work cascades through the city.

The 7000 blocks map a route through the city, with building blocks our cities are build of. The established performance company Station House Opera moves the installation out of the gallery and let it sway through Copenhagen, until it stops at the local center of power – as a reflection of the city we know so well. Discover new routes through the city, through hidden alleyways, and through well-known buildings such as The National Museum,  Copenhagen Cathedral and the Town Hall.

Find a good location along the route, and watch the dominoes topple when they come past you.  From 4.15 pm you can watch a trailer with the run-up to the event on your mobile phone. On the trailer you can follow the bricks move across the scrap heaps of Amager, idyllic allotments, social housing estates, iconic architecture and the harbour front, which is where it continues into the inner city at 4.30 pm.

SUPPORT Det Obelske Familiefond, Indre By Lokaludvalg and a mobility aid from the IN SITU network, in the frame of the META project, with the support of the European Commission (DGEAC-Culture programme)