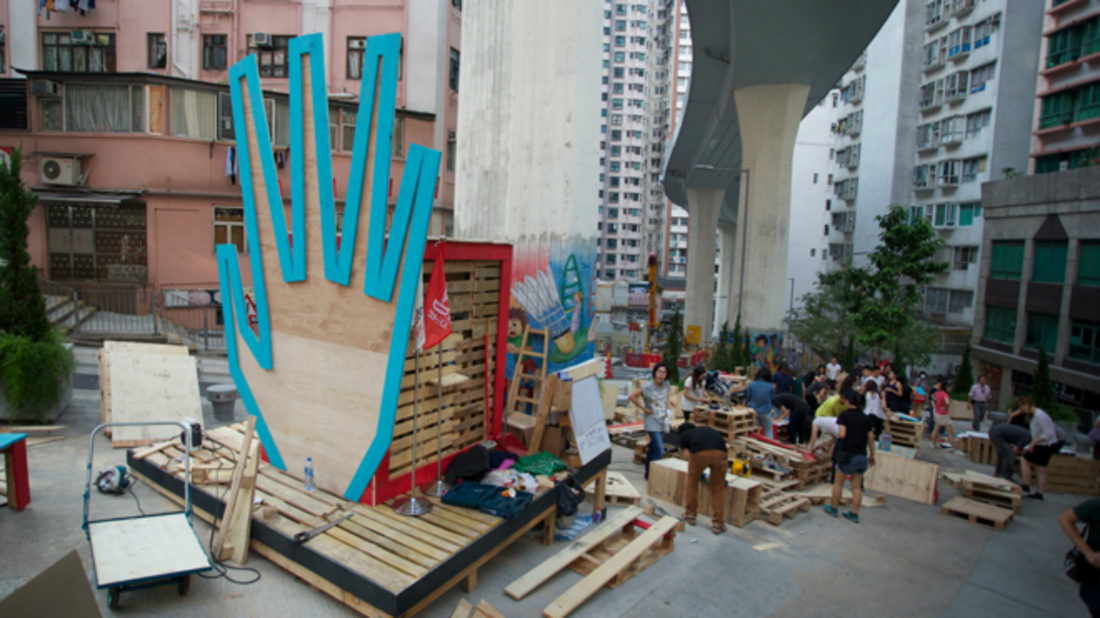 Do It Yourself Urbanism

Institut X is a self-organized creative network of more than 150 urban activists, who have developed multiple mobile, pop-up and participatory urban projects for more than ten years in many different situations. Their members and projects are in Iceland, Denmark, Norway, and more. The members have met randomly and share a love for public spaces and the urban community.

Institut X is loosely organized, not an association or a company; more like a club. Many members have their own companies and organizations in related fields. They connect members and facilitate culture, business, and education events. Institute for X startet as a Bureau Detours project, and is now run by a number of cultural organizations and small businesses, where Bureau Detours now is one of them. 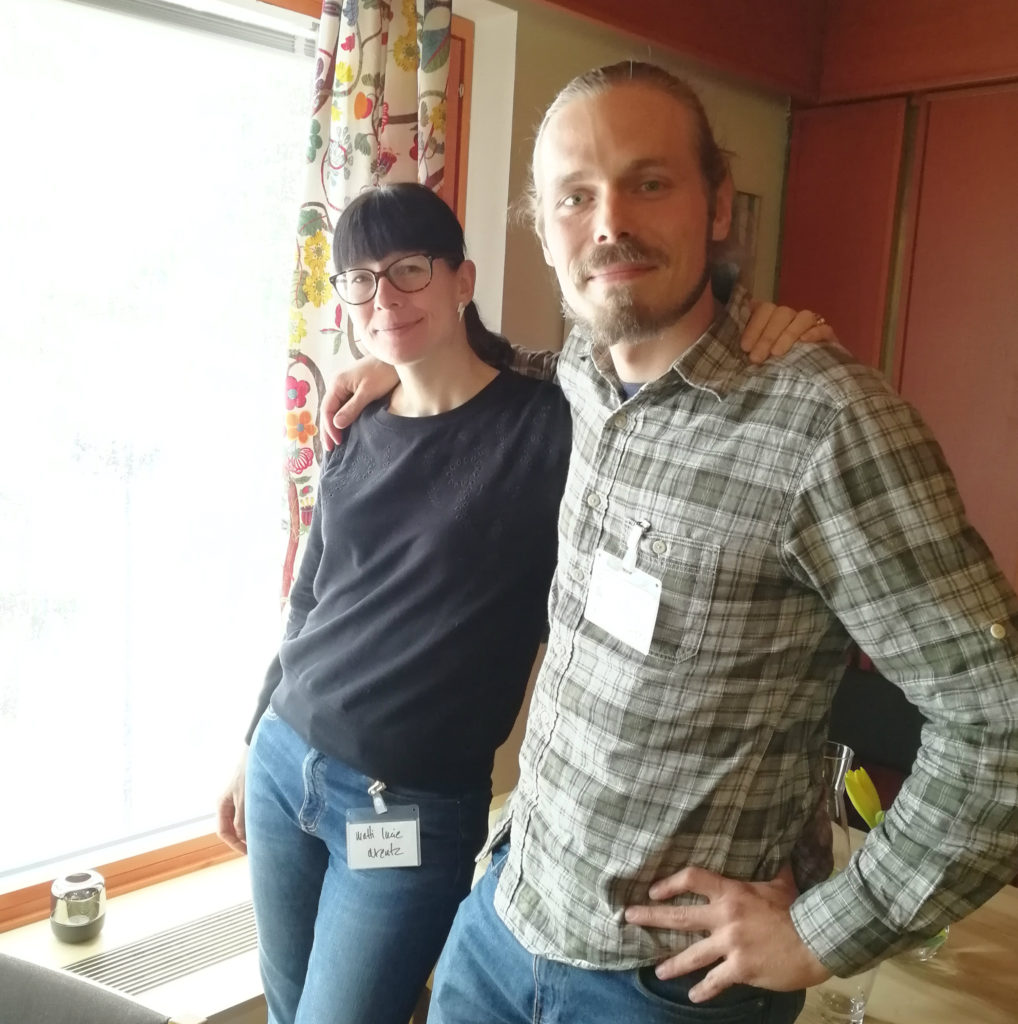 “Public space – it is everybody’s rather than nobody’s”

Bureau Detours, is a creative organization which partners with municipalities, neighbourhoods, and adult education organizations on different projects to empower the public to own their city and to engage them in place-making. The overarching goal of their projects is to combine fun and functionality.

Municipalities and neighbourhood associations request advice and coordination from Bureau Detours to address the specific challenges or wishes of their community. They have been requested to build herb gardens, renovate schools, host meetings for youth, and other projects of various sizes. They specialize in exhibitions and ‘festival-ish’ events.

The Bureau Detours core group is about ten to fifteen people, with others joining each project according to their competences and interests. When a project is proposed, the organization shares the proposal to all its members. An interested member will “grab the project manager hat,” and take responsibility for directing the project. They gather interested members and execute the project.

There is no unified, codified methodology; every project has its own needs and context, so methods adapt to each project. Basic principles include starting in one’s own backyard, meeting the neighbours, and gaining the right to use public space – because it is everybody’s rather than nobody’s. Public space should in principle be something everyone can appropriate, use, and have a dialogue with others to determine what should happen there. Bureau Detours projects use the competences of all participants and collaborates with people rather than with institutions. The organization has no application process; all are welcome to participate.

“We don’t call it Cultural Planning, but that is what it is”

At Nordic Urban Lab Christian Juul Wendell and Matti Lucie Arentz presented different projects, undertaken by Bureau Detours, each of which is different in its requirements, context, resources, stakeholders, and other specifics. 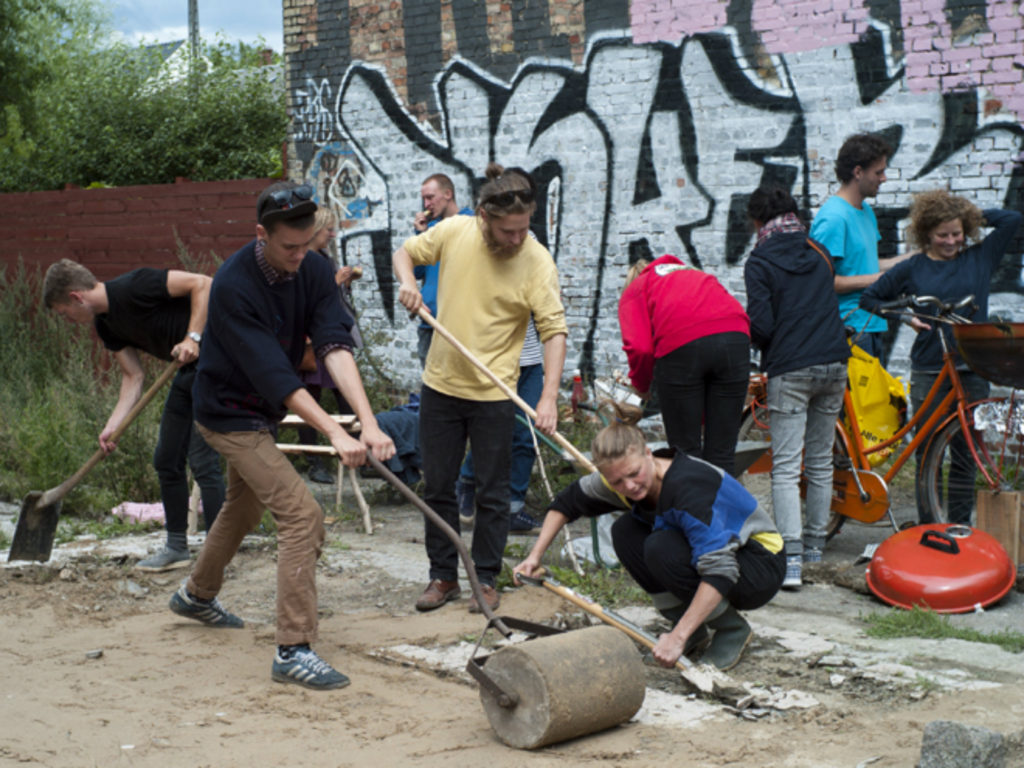 Overarching Aim: Engage the public in design-processes and create a “less posh” version of a design center

Stakeholders: Culture center hosts and the communities they serve

Process: A base of operations was established (in three shipping containers, at the Gallerie Karin Sutter, and at Intensivdagarna, respectively), which became the epicenter of design activities – but not the only location. Tools, design manuals, and materials were made available and the public / passers-by were invited to build. As a part of the project, urban swings were installed in various locations around the city. Grill bicycles, tall bicycles, and pop-up design shops were constructed on unused or underused land. All participants were engaged in conversation about public space and its use. Sunday Design Schools for children were organized.

Method: Community engagement. Small interventions. Reclaiming urban space. Co-creation. Polite anarchy – don’t ask permission, but don’t hurt anyone and when there are conflicts, take the needs of the community into account. Adaptability – Each iteration is adapted to the history and context of the city in which it takes place.

Main results, outputs and impacts: Members of the public met each other, built urban furniture they were interested in, and reclaimed space in their city. Non-professional designers (community members) were engaged in design activities.

Is the project still working? The one-off projects have ended. The shipping container installation evolved into a more permanent cultural center. The Dennis Design Center concept travels from city to city. 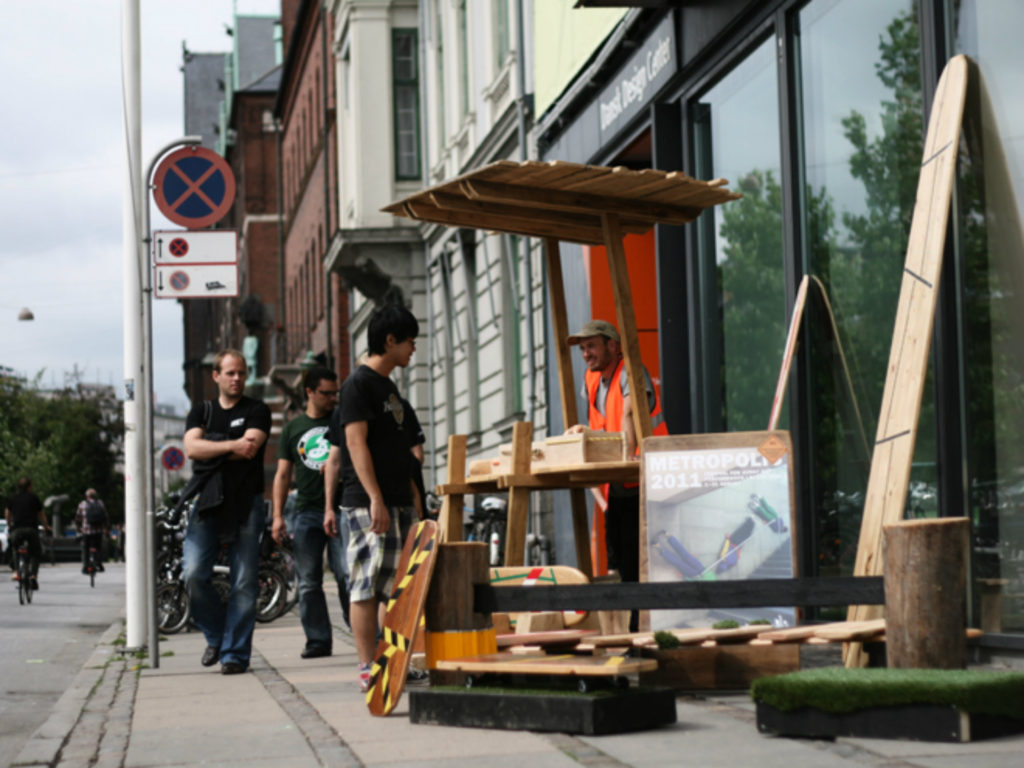 Process: Municipality employed Bureau Detours to facilitate collaborative, creative work of municipal workers from the parks and roads department. Workers in the parks and roads department did not feel that constant maintenance tasks were interesting, and wanted to have a dialogue with their leadership about having freedom to do creative things not included in their regular job description or routine tasks. Three small interventions were performed, in which parks and roads workers co-created new surroundings for their city – and then implemented them using their trade competencies. They designed and constructed urban furniture and parks that interested them, including new park areas, a fountain, and an unusually long bench. Main obstacles included convincing the public to accept the outcomes of the project. The long bench, for example, was removed due to the public not accepting it.

Outcome: Municipal workers were enthusiastic about the project. They were able to experience the outcomes of their own work, and what it means to the people who live in the city. They learned how they can do things differently within their everyday functions. Workers from different functions were able to experience each other’s work and think of new ways to interact. This project was not popular in the press; a newspaper printed harsh opinions of the bench and the neighborhood pushed for its removal. 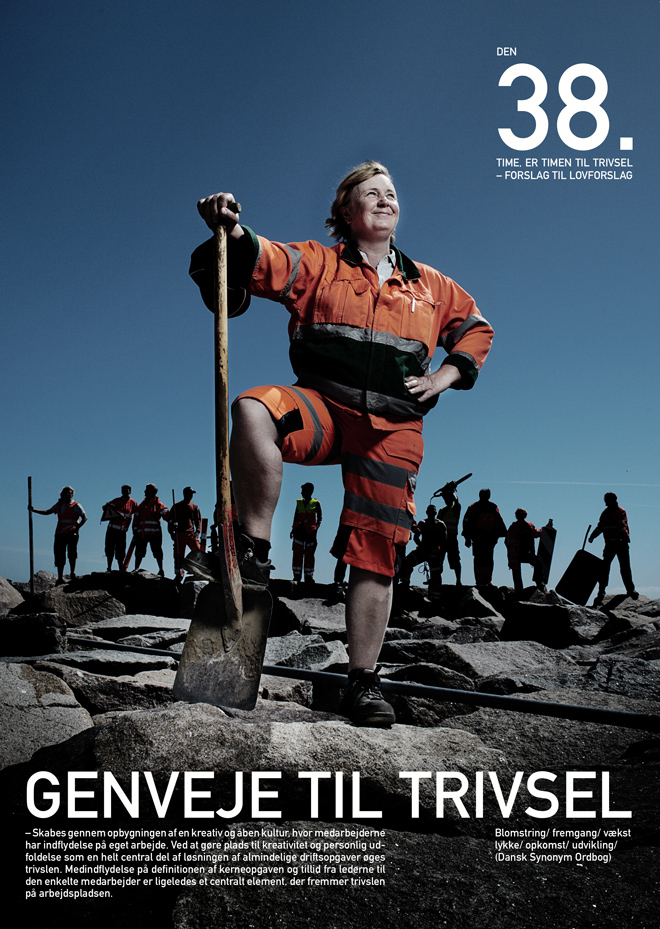 Process: Municipalities received online requests for temporarily closed roads, so that people could use the road for purposes other than driving and parking. Bureau Detours brought tools and furniture to be used. Residents arranged spontaneous events on the newly car-free areas. Children came to play in the road. Neighbors came out to meet who hadn’t met before. Potlucks were self-organized, where neighbors brought food and drinks to share while hanging out on the road. Parking was an expected obstacle, but people simply parked somewhere else.

Outcome: People socialized without invitation; neighbors met each other.

Overarching Aim: Engage refugees in democracy, empower them to own and change their city

Process: The municipality contacted Bureau Detours with the challenge of introducing art to refugees. Bureau Detours cooperated with the adult education center to arrange a two-day workshop, with an excursion to show the city to the participants and engage them in conversations about identity, belonging, and what they think and feel about the city. They taught words to describe these feelings, and discussed what can make a place good or bad. Then they hosted a workshop to create three pieces of urban furniture for the participants’ favorite places found during the excursion.

Outcome: The project was a success and helped refugees to take ownership of their city and participate in society. The installation integrated their feelings about the park into the park itself. 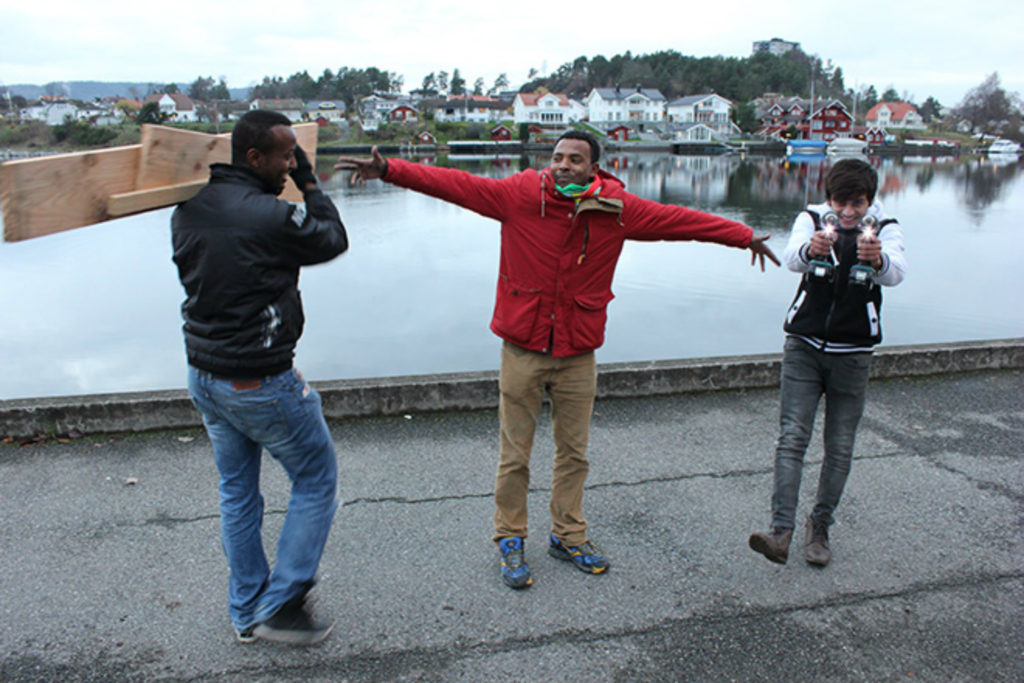 Institute X started as a permanent project. The site was an old train stop site close to the city hall in Aarhus. First, they had one week to stay there, but after a week, they did not leave. Currently they are renting seven buildings in the area.

Institute X wants to be a platform to do creative youth education, house external classrooms etc.

“We want people to have freedom for the space.” That means minimal governance. In 2017 they hired their first employee.

They called it “minority design”. If a city is lacking a service, Institute X wants to offer something for the space. They want to create a feeling that you don’t have to wait for the city to do things. We have power to do things ourselves.

How to be successful: