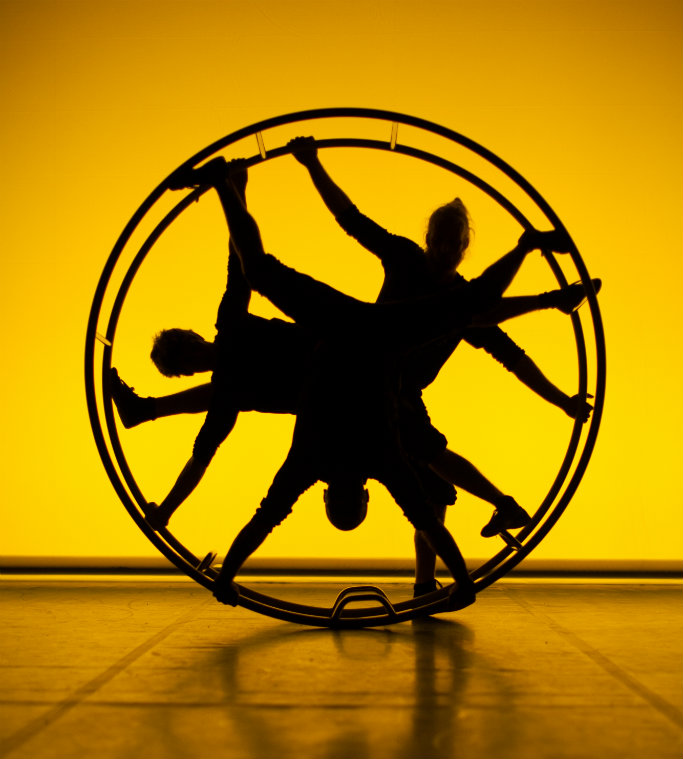 The 2014 festival comprises 8 performances in 8 venues in 16 days. We have handpicked from the newest generation of European artists who give us their bold bids on what contemporary circus has to offer in 2014. And we have lured hit performances up here, so they can finally be experienced in Copenhagen. In tents, on stages, outdoors…

The festival opens with circus amour in the ring and flying acrobats under the open sky. Charismatic egg juggling in a secret cinema. Rope served in 100 different ways. Reckless artistry with knife throwing, fire and axe balancing. One man, a roll of wire and two poles in all its sublime simplicity. A world champion of magic, who makes reality – and people – vanish. Head juggling and wheel spin with Southern charm and Scandinavian precision. 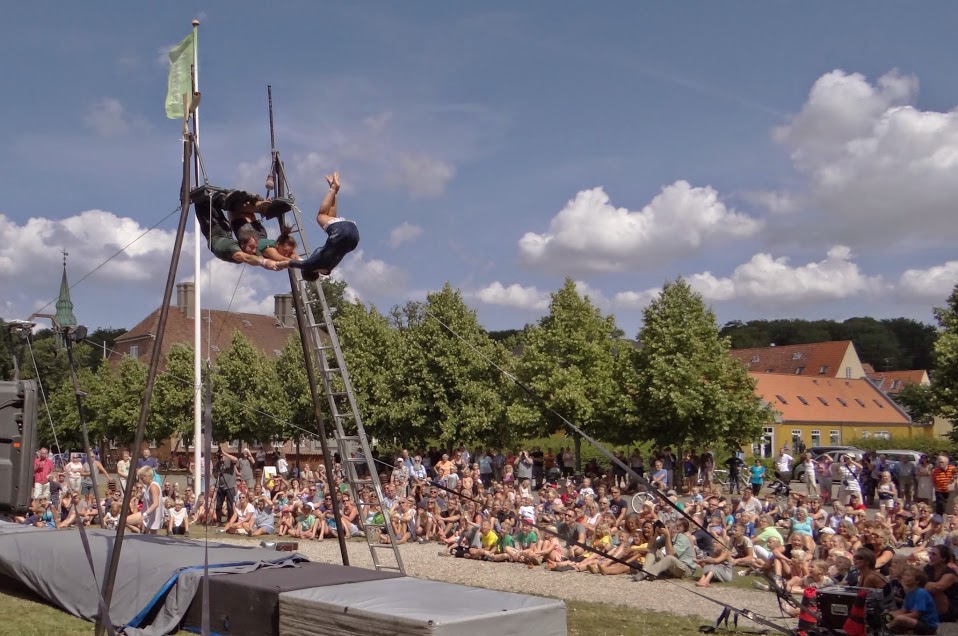