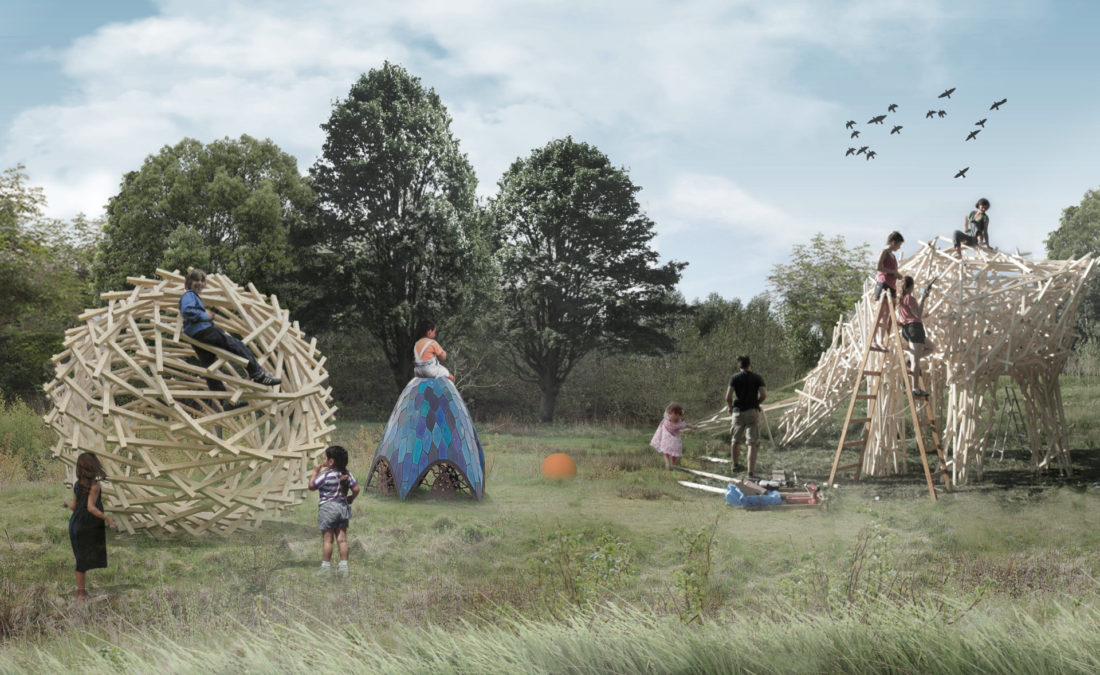 What is a Truly Playful City?

What is a truly playful city? Presenting a radical answer to this question, the consulting company Urgent.Agency and Bjanke Ingels Group (BIG) have fostered an urban vision that puts children squarely at the center of urban design. While the Danish town, Billund, is best known for being the headquarters of the company LEGO, the small town is now setting standards for holistic and creative urban planning proposals that aims to create a town designed for and with children – looking at cities from a children perspective.

Upon the invitation of the city of Billund, Urgent.Agency and Bjanke Ingels Group (BIG) completed a vision and strategy document and master plan along with research into the topics of children and play.

CREATING A CHILD-FRIENDLY CITY AND VISION FOR BILLUND

BIG and Urgent.Agency was hired to create a master plan for Billund, which is primarily suburban developments and an isolated tourist destination, both separated from a mostly empty town center. The community is car-dependent and the social life of the town is oriented around sports. 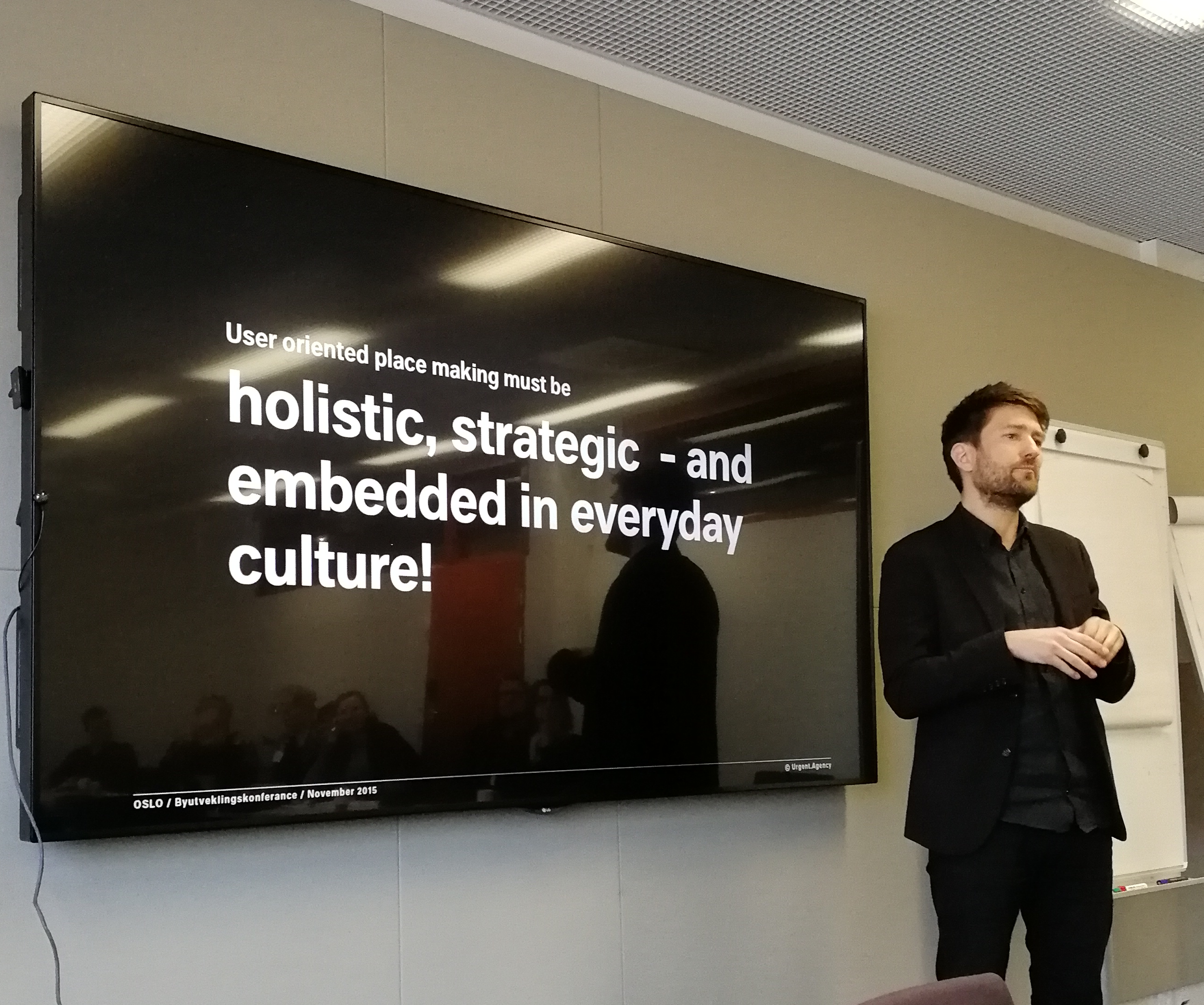 The town’s planning office originally intended to extend suburban developments for more residents. In the new strategy children and play should be central to the plan of the town, as the toy company Lego is central to the reputation and industry of Billund.

In order to create a holistic, cultural planning strategy that would make Billund truly child-friendly and creative, Urgent.Agency set out to discover what the everyday experience for children in Billund is.

They found that most of the children wanted informal meeting places, where they could hang out with their friends as well as they were also involved in sports.

Christian adds: “I agree that the predominant discourse of architecture is young men – skaters, basketball players, parkours [SIC]. What about the old people and children? There’s a gender and generation focus you can take. We have a catalogue of ideas where you open up what you can do with public space. It’s about integrating movement into what’s going on, not dividing 10 year old kids over there and grandma over there – you need to gather people.“

The team determined that the town center was a non-place for children, so they proposed that the town center should be densified, with urban infrastructure for ‘soft’ traffic (cars, bikes) and connections to the tourist attractions, work functions, and residential areas. Sports areas would be brought into the center of the town. Streets would be mixed-use, accessible to children.

The ability to move with a feeling of safety is very important not only for children, but for their parents.

Christian says: “We did a lot of studies into play as a tool for learning and more; much research showed that the most important thing for a parent is to see a child succeed. If you can convince parents that your town is the best place for children to grow up, that’s a strong selling point – more tax-payers move to the community. Great facilities for kids learning, getting skills – pursue that as a place-branding tool.

Christian continues: “To go into a workshop, see a bakery, see the blacksmith. I might be romanticizing the old village where kids could run around and see how life was unfolding and how things were produced. But today, most that has to do with production is concealed, except hipsters on cafés. Opening the offices, service functions and other workplaces centrally located can become part of a lively urban scenery, which kids would love (and is much more fun for adults).

Playful doesn’t have to be on the streets only, with funky urban design. This idea of how to open up work life and make that present in urbanity is really interesting. And that is also culture – most of the time we work or use transportation etc.“ 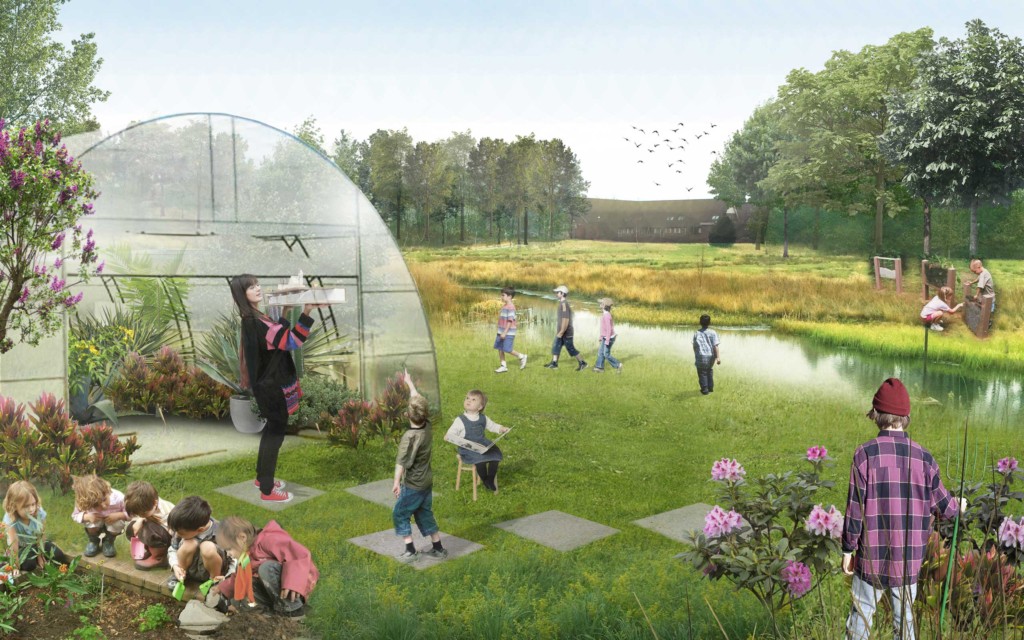 Central to the child-friendly theme was the city form: “kids don’t like order.”  They like small-scale, surprising locations.

Most home situations in Denmark are single-family houses with big driveways and a lot of space between neighbours, but more and more people seek out socially-oriented ways of living, with shared functions and shared streets. Urgent.Agency proposed soft solutions such as a prize for whomever opened a facade in the most interesting way for shared use.

Other temporary planning included maker labs, an urban life booster to award new initiatives, competitions for kids, and collaborations with schools to use public spaces for learning opportunities.

Urgent.Agency proposed a biannual festival of urban play, with a new aspect from an artist or company for every iteration that would also add art, creative urban furniture etc. to the city.  A new playful infrastructure – Playline – could thus be developed over time, with the festival activities contributing.

“Doing a festival or event has the potential to become the grease to allow people to work together afterwards,” said Pagh.

The idea was to create a culture of connectivity and creativity, to manifest the idea of a playful city.

Other proposals in the plan included an urban forum to ensure knowledge sharing across sectors to support urban development, outline strategy for new investments, and develop initiatives related the vision.  Manifestos, action plans, and organizational frameworks were written which included priorities such as density, diversity, and co-creativity.

Major challenges included the planning department’s lack of staff and limited expertise. The staff’s limited time and energy made it difficult to motivate individuals to drive the plan forward.

FROM VISION TO IMPLEMENTATION

The new plan and vision for Billund, made by Urgent.Agency is not yet being implemented. The urban forum has become inactive and the soft planning measures are not being arranged.

However, important lessons have been learned, both by Urgent.Agency and the town of Billund’s administration – urban forums are only as good as the people involved, plans are only implemented when people have the resources and willpower to drive them forward, and organizational frameworks are not, by themselves, solutions. Planning is an iterative, continuous activity that requires on-going engagement and dedication.

The main deliverable was a 450-page book with the vision, master plan, and extensive research. Urgent.Agency found that books are not the best format for communication. Shorter and more selected communication might have conveyed the plan more effectively to people who were not able to manage a long text. Also, Urgent.Agency proposed to roll out a program for public servants and relevant partner companies to bring the vision to life and create ambassadors for the vision.

Whose responsibility was it to implement the plan?

Christian explains: “The project was funded by Kirkbi, the foundation behind Lego, the foundation Realdania and the municipality of Billund , so it was a trio of partners. In a sense it was the town authorities that would be the immediate respondent, but they were incredibly understaffed. There was no ability to bring this to life in the organization at that point. It’s dependent upon having a person there to make stuff happen. It’s not to say that we couldn’t have been there more or couldn’t have been better. Sometimes you can’t.

If people don’t want the cake, it’s hard to serve it to them.

New people are coming onboard and they’re trying to do something. It’s important that you try to make the deliverable more digestible than a huge book. Something stupidly banal like a flyer or a poster for the office, so they can remember that it’s been done. It has changed the mindset in the department. They have to be stricter with things – no , don’t build in the periphery, build in the center. It made a feeling of possibility in the planning department.”

FURTHER DEVELOPMENT OF THE PROJECT

The project is starting to grow – and many things are happening in Billund. New organizational structures are being created, that might bring new fuel to the process.

The project needs the buy-in of the town administration, and investment of time, person-power, and resources.

The project’s future is still in making. Recently, initiatives have been taken to boost the main new playful infrastructure project – the Playline. The mediating secretariat Capital of Children is also boosting its activities. 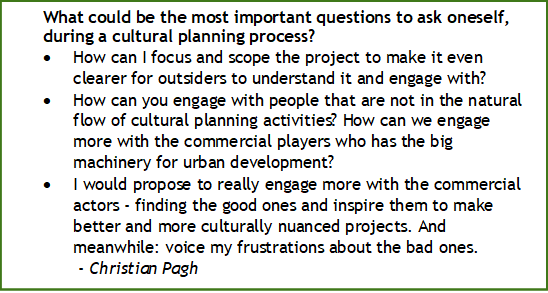