Cultural Planning in the Municipalities of Skien & Tjörn

Laurie Vestøl is a landscape architect, who worked in Skien municipality in southwest of Norway for eight years as a city planner.  Together with the cultural department and two architects, she developed an urban strategy called Mosaic. The strategy is based on the perspective that every city is different and every space has its unique identity depending on the place and the people who inhabit it. The vision of Laurie Vestøl and her team was to transform the old city of Skien into a tempting and active space and bringing life to the dead city center by hiring artists and architects. Another aim in Skien was to shift the focus to collaborative planning, by involving inhabitants and add transparency. This was done between years 2007 and 2015, as several smaller projects.

Tinna Harling is a planning architect and a project leader in the municipal of Tjörn, Sweden. She has been working with Cultural Planning as a method to evolve the society at Tjörn. The aim of the process has been to get “more citizens and more democracy”, which basically means having more people moving to the city, listening to the need of the inhabitants and involving them into decision-making. In this context there was a need for the municipal decision making to be more citizen-centered and involving.

“The biggest challenge is to dare to start a journey to something you beforehand do not know where will end – and to get a mandate to do it! Essentially is also, that a lot of different people engage in the journey, citizens as well as politicians” – Tinna Harling

HOW & WHERE – TRANSFORMING THE CITY OF SKIEN

Skien, the capital of Telemark, is situated in the southeastern corner of Norway and was constructed in 1886. Today its old houses are still in a good condition and it has a population of 60.000 inhabitants. In 2007 many of the buildings in the old city were empty or half-used, the city center was deserted and the courtyards were a dead space, as Laurie Vestøl underlines at Nordic Urban Lab 2018.

In Skien the work started by defining a plan for all the city spaces, including public parks, city squares and 40 semi private courtyards.  In 2008 the team started working with the cafés around the city center. The municipality donated furniture to the cafés as a gesture of generosity and trust. A scenographer was hired to turn a market square into a stage and an artist was hired to invite hot air balloons to land on the market square. A food festival was started and the courtyards were transformed into pieces of art and beauty.

The artist and the architects that were hired to transform the courtyards were local, to respect the identity of the town. They were each paid 50.0000 kroner by the municipality. Each artwork in the town generated a new original composition whether it was theatre, jazz, dance or poetry. 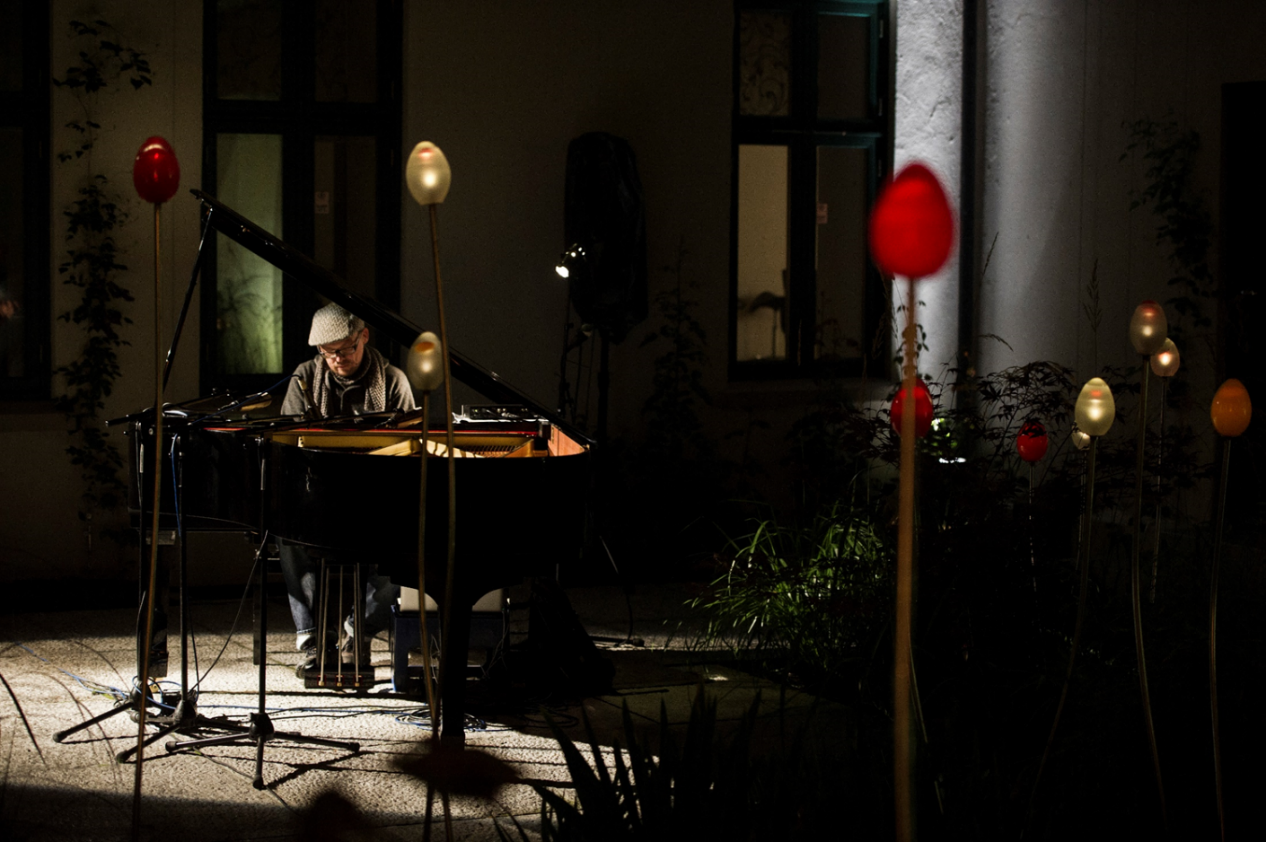 Bugge Wessetoft wrote a composition for a backyard called ‘Skien’

The ‘mosaic strategy’, as implemented in Skien defines specific guidelines for small-scale frugal projects. The work starts by:

HOW AND WHERE – TJÖRN AND THE RESOURSES OF THE CITICENS

Tjörn is a municipality in the southwestern Sweden, by the sea, just as Skien. Tjörn has a stable population of 15.000 people, but at summer the number of residents rises to 40.000. It is a municipality where people work and live and there are a lot of small enterprises. Tjörn is very idyllic with its nature, art and organic food.

In Tjörn, as Tinna Harling stresses, the process was based on the activity of the inhabitants, and they were involved in an early stage of the process. In workshops they discussed about the current state of a certain area, they did SWOT analysis and used other methods to figure out the needs of the city. With a funding of 1 million kr. per year from the municipality, the citizens have managed to localize the areas that need change and to come up with innovative ideas to develop those urban areas, and make actual action plans and implement them as well.

Tjörn is aware of its resources, such as the Nordic Watercolor Museum, organic food, animals, history, architecture and sea. Tinna Harling tells, that the people in Tjörn have come to realize that the people are the most important resource. This has been an important thing to realize, since the uncertainty of the funding has been the main obstacle. Luckily Tjörn has received positive attention because of the work that has been done – and because of the positive image, it is easier to convince the municipal to keep the funding for the projects.

Art in the city of Tjörn

In Tjörn the used methods are most often based on public meetings during planning process.

The meetings happen in the form of roundtable in small groups. Because of this the regulated planning process can be used as a platform to talk about more soft issues and needs, such as public transportation. This increases knowledge and understanding and helps especially the politicians who participate. The basic methodological structure for the projects in Tjörn is:

OUTCOME OF THE CULTURAL PLANNING PROCESSES

Skien and Tjörn have both benefitted from their cultural planning processes. In Skien the number of people in the city spaces has increased by 60% between 2011 and 2015. They have had thousands of people in the backyards for cultural wanderings, and for example the food festival has grown into one of Norway’s largest ecological festivals with over 70.000 visitors annually.

The seven-year Mosaic test project finished in 2015, but its impacts are visible and ongoing: the city owns the work of art and takes care of them and the citizens themselves keep the city active. The Mosaic-strategy has now morphed into a larger development program run by the city involving all of the major stakeholders.

The Mosaic-strategy has spread to many other cities in Norway as a way to implement micro projects and start development based on the unique character of the city and its residents. The Telemark County Council is publishing our book about the Mosaic-strategy this year with the aim of giving the people of Norway simple tools for small scale urban development.

In Tjörn the impacts of the cultural planning process are also very visible: The are signs, paths, bridges, dumpsters, pieces of art made by children and professional artists etc. Since 2014 the cultural strategy of Tjörn has stated that “culture shall be a natural part of all planning proceses”. The citizens have started organizing even their own events, such as ‘Havets Dag’ (The day of the sea). The muncipality supports the inhabitans´ initiatives, who take pride in what they do for their community. They have also new people moving to the city, especially young people.

What is still needed to be discussed in a cultural planning context?

“How culture (in a broad sense) can really be seen  as an important brick in the development of todays society and not only as something nice to be added in the end – if you have time and money left”.