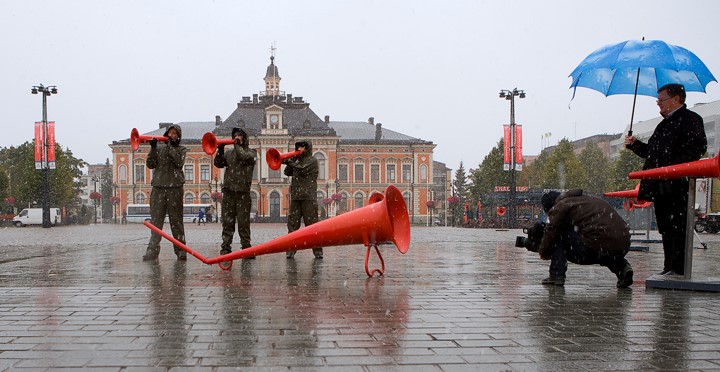 Johanna Tuukkanen is one of the founders of ANTI – contemporary Art Festival, which takes place in Kuopio, Finland. She work as the artistic director and is the senior producer of ANTI. They, as a festival, is interested in diverse artistic practices, creating diverse encounters in everyday spaces and places. The festival is open to all sorts of artforms, with artists from any background.

“Anti festival works with innovative artists that explores and explodes urban space across artforms and practices”.

A Gift to the City

The city of Kuopio hosts the one week long festival, which has been an annual festival since 2002. The projects, by artists from all over the world, inhabit the spaces of public and everyday life; in homes, shops, city squares, forests and lakes. The festival directly engage communities and audiences in the making and showing of their work.

The Aim of the Festival

The festival is working with artists across artforms, interested and responding to current phenomena of contemporary arts. Their framework in the artworld are for example: public art, site-specific art, live art, urban art, and dialogical aesthetics. They work a lot with projects that encourage participation of all kinds of people and communities, through arts in everyday environments. Engaging people in the making, creation, and presentation of the works. The mission and vision for working with the city of Kuopio is to foster a vibrant, urban culture.

“We want to promote an urban culture in Kuopio, and also the presence and visibility of different communities and minorities, which in this small scale finish town is not very present in the public life.”

To Encounter Art in Everyday Life

ANTI festival wants to create diversity of encounters with different kinds of practices, for example:

As an example, Tuukkanen brings up a project by Mark Požlep (SI); Island 2017, who built a raft, or house, and spent the entire festival living in this house out in a pond in Kuopio. Everyday there was a moment where people, through walkie-talkies, could talk to him and take part of his day. 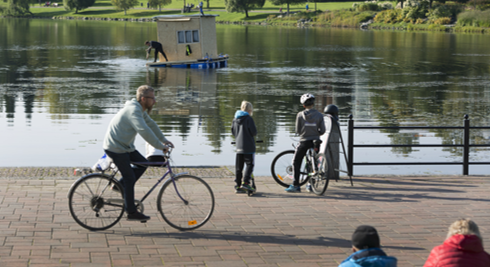 For example; Madeleine Flynn and Tim Humphrey (AU), The megaphone project 2014. It is an interactive sound work, which is a very sculptural installation with big red megaphones, a very visual presence. These megaphones were moved around everyday to different locations in Kuopio, and invited the audience to have a dialogue and conversation 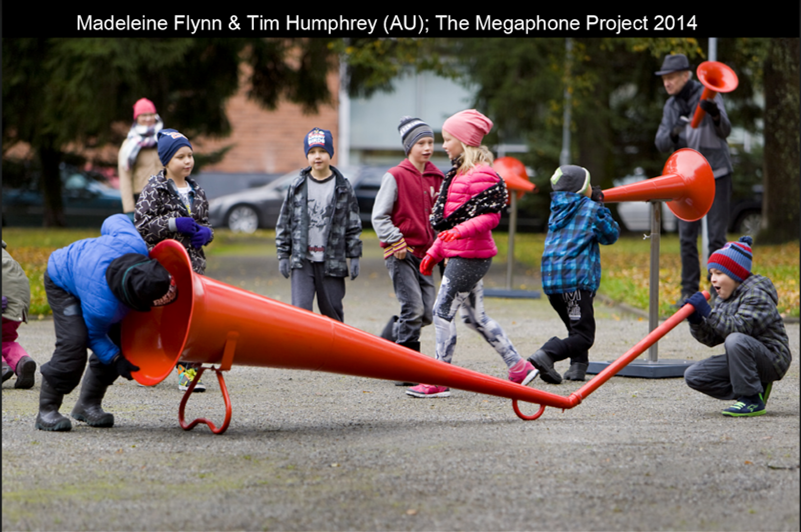 A huge community event made by All the Queens Men (AU): Fun Run 2015. Tristan is running a marathon on a treadmill on the stage. It was an over five hour long event, during which over a 100 performative events were happening in front of him. It was performances by the local communities, groups from different sport groups, dance groups, DJ’s and so on. A unifying event that creates a sense of community. A single event, but with a long duration. 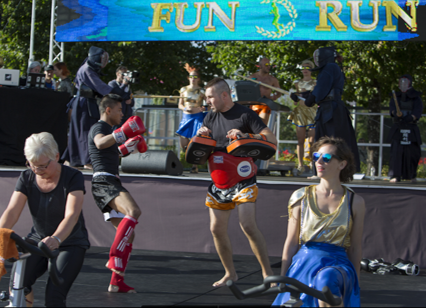 Different Ways to Work with the City

Tuukkanen describes that they, throughout 16 years working with the festival, have been working in three different phases with different ideas of site – of understanding and thinking abut space and the city, but also on how different artists are woking.

The curators pre-selected sites in the city, and asked artists to respond to those sites. They were interested of looking at the structures of the city and how people in different ages and different phases of their life, percieve the city very differently. As an audience member, you had to explore the city in another way than you would normally do in your everyday life, and if you are a visitor of the city, you had to encounter the city in another way than the “normal” tourist narrative of what is attractive in the city.

They also tried to activate and highlight the city, and “non places” through art.

They started to work in dialogue with artists to select sites, and extending the sites to communities; both existing and emerging communities, virtual and all kind of temporary communities. They also asked the artist to respond to themes. More participatory artwork, engaging citizens and communities, related to the social terms of art that the artist became interested in. Working with people, making works that uses people as material and medium of the work.

Since 2014 they are working in close collaboration with partners outside the artworld. A partnership model that they call Partnership 3.0. The partner can be another organisation or a company, for example. This partnership creates the festival theme (in 2015 e.g. where the “Fun run” took place, the partner was Kuopio Marathon). Extending the presence of the festival to other sectors, creates new audiences and strengthens the value and visibility of art in the society, why is was important to develop new working structures and models of collaboration. The element of dialogue becomes very strong throughout the whole festival structure. Brings new unexpected things to the work. Some examples of these partners are:

An example of learning, sharing and rocking

The artist, Joseph O’Farell (AU), worked together with teenagers from Petonen, a suburb of Kuopio. The teenagers currently had a challenging time in their life; they came from socially challenging backgrounds, with dropouts from school, or they might not have any work. Aniina, who worked as a contact person for these youths, also helped out during the project ‘10 minute dance party’. The project, which was literally a 10 minute dance party in a container placed in the centre of Petonen, was entirely run by the teenagers.

O’Farell thought them DJing skills, dance moves, creating playlists of their wishes and so on – everything they had to know to run the party. The project aim was to create and build relationship and bridges between the city and the suburbs and create exchange and dialogue between periphery and centre.

“These dance parties is a framework, a invitation to the teenagers to fill this container with them, their favourite songs, and their favourite dance moves.” – Joseph O’Farell

Petonen was a rough neighborhood and concentrated place of social inequality, social issues related to drugs, alcohol and unemployment. It is also a neighborhood that has the necessary city infrastructure like schools and stores. Therefore the teenagers don’t go to the city centre of Kuopio, which creates a divisions between the teenagers around the area.

During the process the youths, the artist and Anti festival worked together. They also got help from Kuopio city to get all the facilities.

“What has been wonderful in this process is that the teens have been incredible with the little small babies, but also the older people of Petonen; bringing them in, painting their faces. That’s been a lovely part of this process.” Joseph O’Farell

Aim of the project:

-Working with young people outside the city centre, in a suburb that has a ‘rough’ reputation

-Creating space for young people to share their culture and create ownership of the project, to be active participants and co-creators

-Occupying a space in the public space, creating presence and visibility

-Learning social interaction as well as decorating, DJing etc. Sharing their knowledge with each other, and rocking 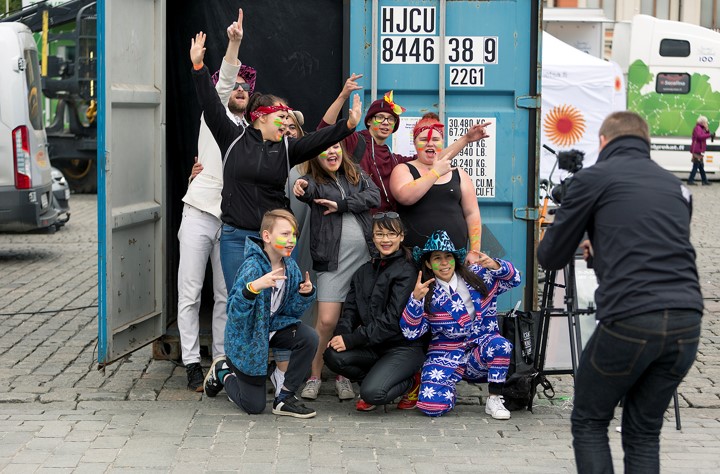 Why it matters to ANTI

The festival adds layers to the map of the city, and overtime it can might transform the city, affect how public spaces are used, what is allowed and by whom. It produces space, creates immediate impact on audiences and participants but it also transforms the city over time. It also increases active cultural participation; to let people become creators and co-creators.