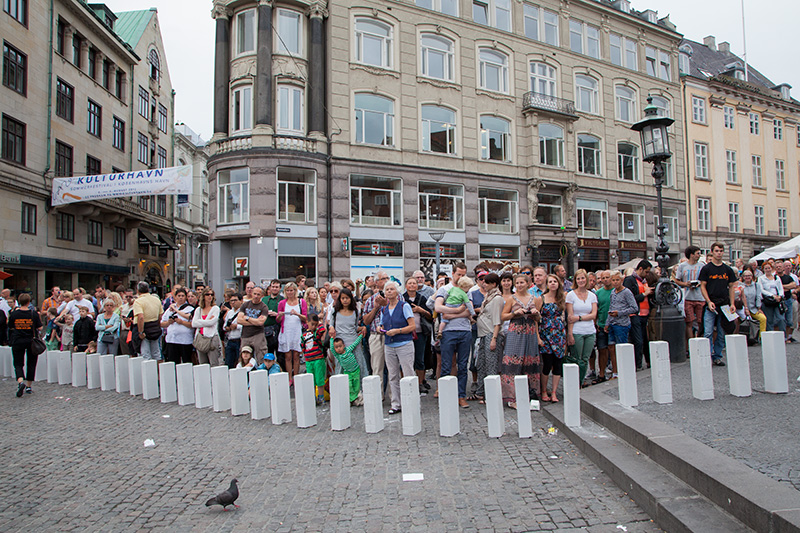 Trevor Davies is a DK based Urban Planner and a Co-Director of Metropolis, a platform for art and performance in public space. He is also a former Director of Copenhagen Cultural Capital of Europe and responsible for preparation of Aarhus, the European Capital of Culture 2017. During his career he has been the initiator of many international urban projects and festivals. He is also the initiator of the Nordic Urban Laboratory.

Dorte Skot-Hansen is former head of Centre for Cultural Policy Studies at the University of Copenhagen. She is also a researcher in Cultural Politics, Cultural Planning and Cultural Institutions. Being an expert in both cultural policy and cultural planning, she poses the question whether these two approaches can be reconciled in strategies for the re-imagining of public space.

Overview of the Session and Cases

During the presentation at Nordic Urban Lab, Dorte Skot-Hansen presents a short introduction to the theoretical framework behind the concept of the experience city, its developments and the implications towards policy and planning.

Trevor Davies then continues by presenting various case examples of how those theories have been developed into concepts and realized as performances or other artistic expressions in public space.

The case examples presented by Trevor Davies are varied and based in many different European cities. They are all very site specific, drawing on the local experience and identity, developing the very notion of “experience”. The cases are disruptive by nature and aim at activating the city and its citizens.

Skot-Hansen states that there is a need for a better definition of what an experience is. She refers to the German words “erlebnis” and “erfahrung” as somewhat different perspectives of experience. Erlebnis is defined as “an immediate, relatively isolated occurrence with a complex of emotions that make an impression and represent a certain value for the individual within the context of a specific situation” (Picture below). She highlights that meaningful experiences give an individual a different outlook on the world and/or him/herself. 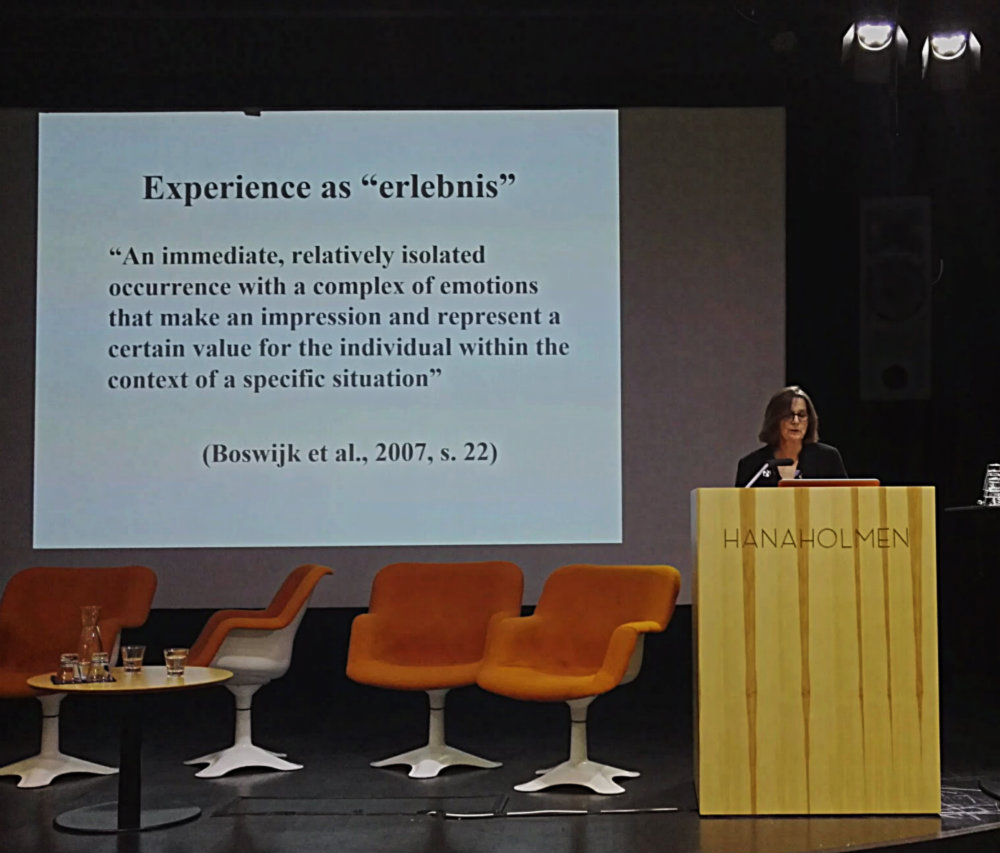 Davies presents an interesting case from Copenhagen, the DOMINOES by Station House Opera. The performance opened Metropolis Festival 2013 with 7000 breeze blocks as dominoes creating a path through the city on a 3 km route. In a video shown at the conference, the domino chain can be seen to work its way towards the city, across the canals and through buildings only to continue its way towards the city centre’s major streets, through hidden alleyways and through well-known buildings such as The Copenhagen Cathedral (Pictured below). 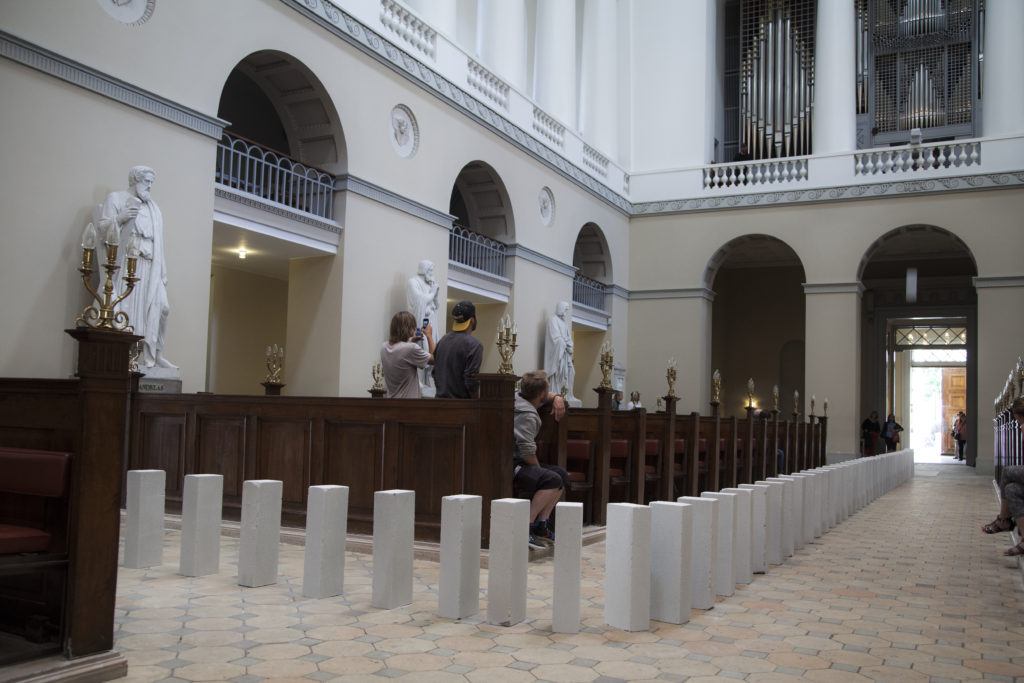 Dominoes is a site-specific installation, a moving sculpture with possible performative elements. The concept was originally created in 2009 in London and has later been recreated and scaled to many cities in Europe. 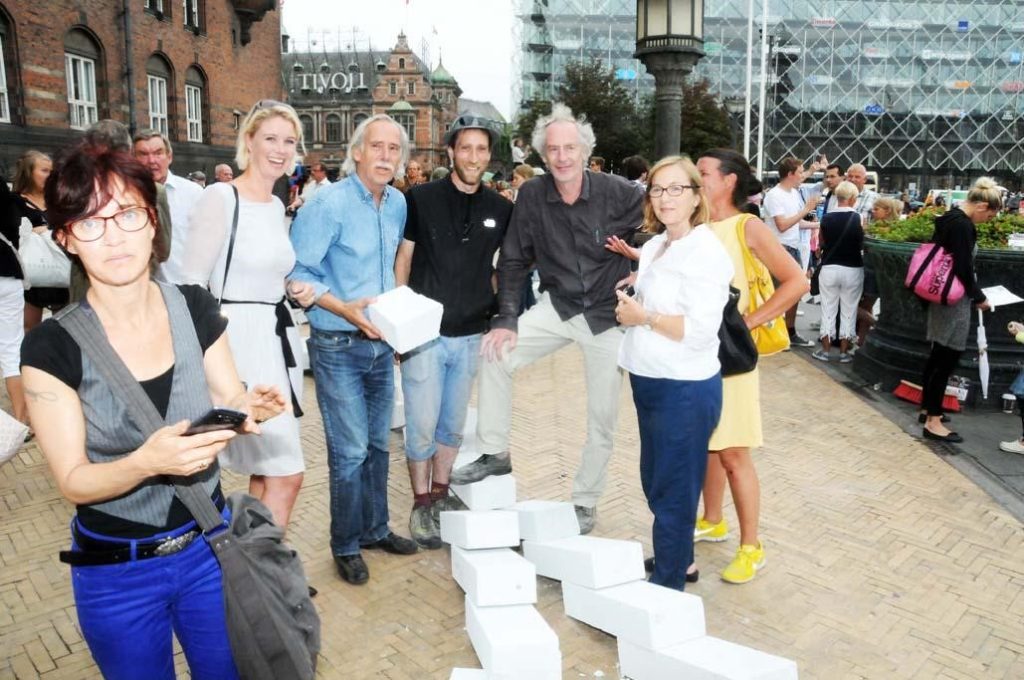 The organizers of the Dominoes. Photo Hasse Ferrold

The installation was made possible by the Station House Opera and KIT. The city administration had to be involved in order to get permits for building the 3km path through the city. A large numbers of people also came together though engaging with the installation. 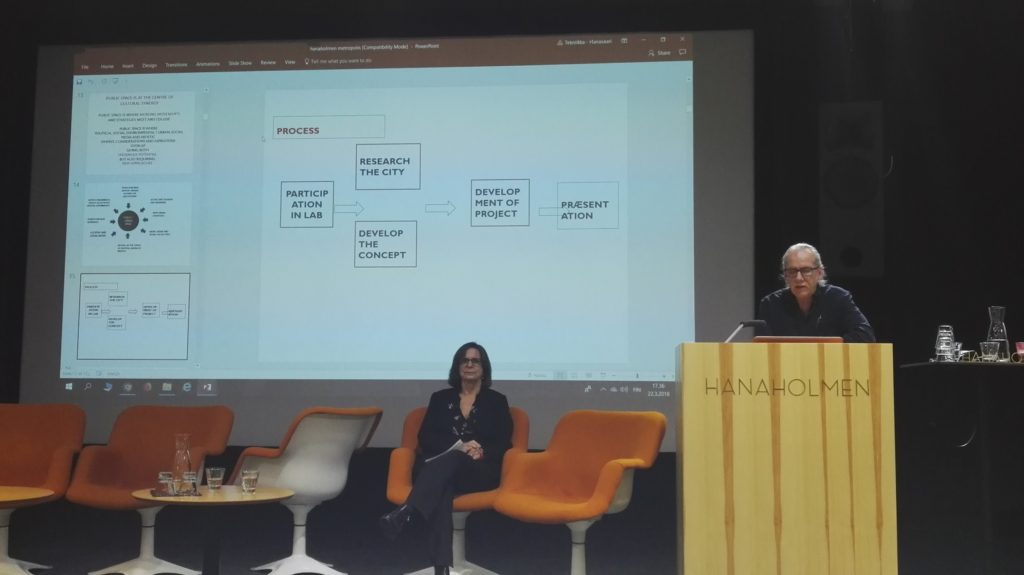 Davies sees the inspiration behind the installation as a way to interrupt the normal city life by creating a situation where people pay more attention to their surroundings and come together in a positive atmosphere. The installation reclaims the streets of the citizens for a brief moment. Dominoes is a concept to create an alternative vision of the city, counterpointing and playing with the architecture.

Davies wants to activate citizens to ponder on the possibilities of what can be done and what can not be done. He points out that masses of people came together to see these concrete blocks fall, and urges people to re-engage with public space more and more.

The concept has since been realized in Coventry, for the Coventry Mysteries Festival. The domino path run 1570m through the medieval city in 2014.

As examples of the experience city, Davies briefly presents cases such as:

–        Matiano Pensotti’s show Sometimes I think I can see you