NB! The number of tickets per performance is limited. You are therefore recommended to book your free ticket beforehand on www.scenebillet.dk.

‘Framing’ shows the reality with cinematic editing. You loan your eyes to the binocular installation, and it is now the instructor who decides what you see – and what you do not see. What is happening just outside your field of view? You see the rings in the water, but not what fell into it. A distorted audio image infiltrates your sense of sound. You hear voices, but don’t know where they come from. The suggestion of a story emerges, but what is random and what has been staged?

Johannes Bellinkx plays with our unwavering belief in our senses by manipulating with scale, perspective and distance. He confuses us and prickles our fantasy to a degree where we can no longer distinguish between reality and illusion.

‘Framing’ is an unusually intense and sensuous experience with you as the hidden voyeur. By questioning the infallibility of the senses and by misleading our logic, ‘Framing’ challenges our desire to categorise and understand everything. Instead it gives us an urge to experience the world with open senses and an open mind.

About Johannes Bellinkx
Johannes Bellinkx is part of the new generation of Flemish/Dutch artists, who distinguish themselves internationally with their brand of live staging of everyday life. His original education was within Social Geography, but later he chose to train at Amsterdam’s Theatre School, which is characterised by a visual/scenographic approach to performing arts.

His works are interdisciplinary and based on his own research of the public space. He will often have a starting point in a radical concept and then integrate the disciplines which are best suited to express the idea.

In 2015 he was appointed promising talent by the Amsterdam Arts Foundation. With ‘Framing’ he has moved beyond the borders of the Netherlands, and he performs at festivals in Europe, a.o. as a specially selected artist of the In Situ network. 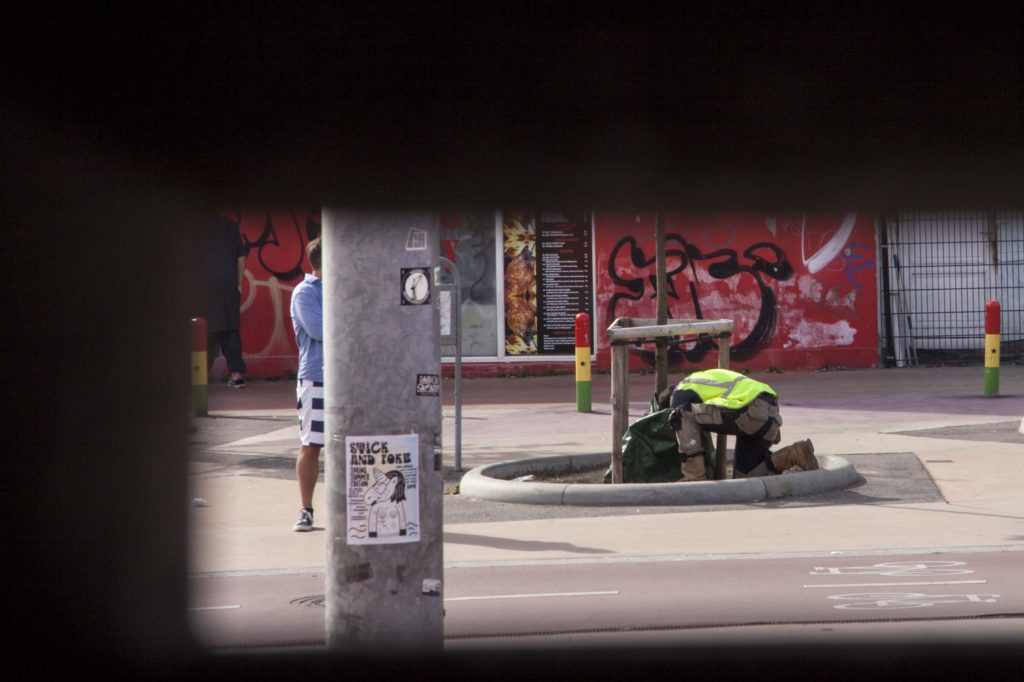 Framing is supported by the IN SITU network, in the frame of the Platform and ACT projects co-funded by the Creative Europe programme of the European Union.