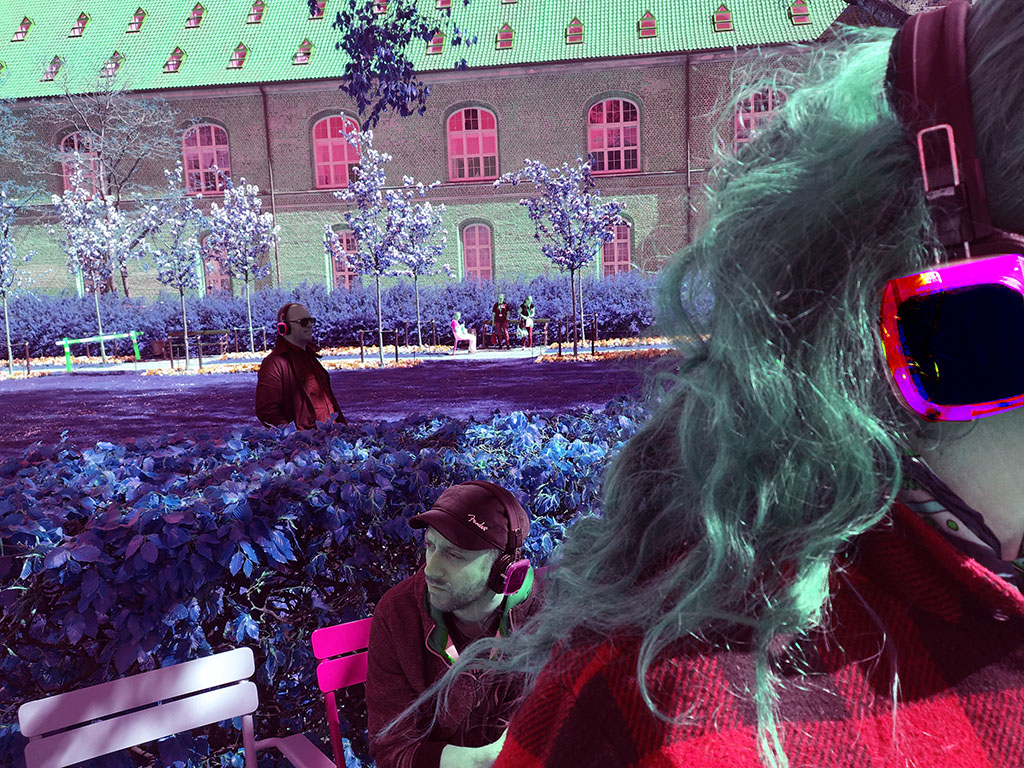 An audiowalk by the art collective FAMILIEN

In September 2019, long-term powerlessness and political apathy culminates in a bloody rebellion. The faith in democracy is dead. People take to the streets to seize power themselves. They join the rebellion, proud to do something and be part of something bigger than themselves.

In the year 2120, a 110-year-old woman recalls her parents and the rebellion that they gave their lives for. She never understood how you could sacrifice yourself and your family for a political cause. Not until now.

In the year 3010, a child is created using an egg that has been frozen down for over 900 years. She is born by a machine, but will she have her grandmother’s rebellion inside herself?

THE COORDINATES OF REBELLION is a walk through one city, three generations and a thousand years. Through the familiar and the unknown, up in the air and down below ground, into the concrete and out into the nature.

The audiowalk examines how our actions today spread like rings over the next 1000 years. Come and listen and experience a time journey where the rebellion sends sound waves through hundreds of generations.

“When we imagine the world in 5, 100 or 1000 years, we are inspired to investigate what changes we can make today.” FAMILIEN

The art collective FAMILIEN creates committed contemporary theatre through collective processes. With a documentary cut, humour and political bite, the FAMILY sets the scene for itself and the reality, opens the theatre for new voices and shapes and challenges the relationship between the stage and the audience.

The art collective FAMILIEN was established in 2013 and made its mark in 2016 with the critically acclaimed performance “En Landsby på Højkant” – a documentary walking performance about and with the residents of a demolition-threatened high-rise building on Amager.

Practical:
Dress for the weather
Not suitable for impaired walkers
NB! The audiowalk is in Danish

“The art collective Familien has a lot to say, and in their story about world crisis, government failure and rebellion, you cannot avoid thinking of the Swedish environmental activist, Greta Thunberg, who is right now fighting for the world before it’s too late. Many will die in the rebellion, but this is the only way to save the world.” Sceneblog