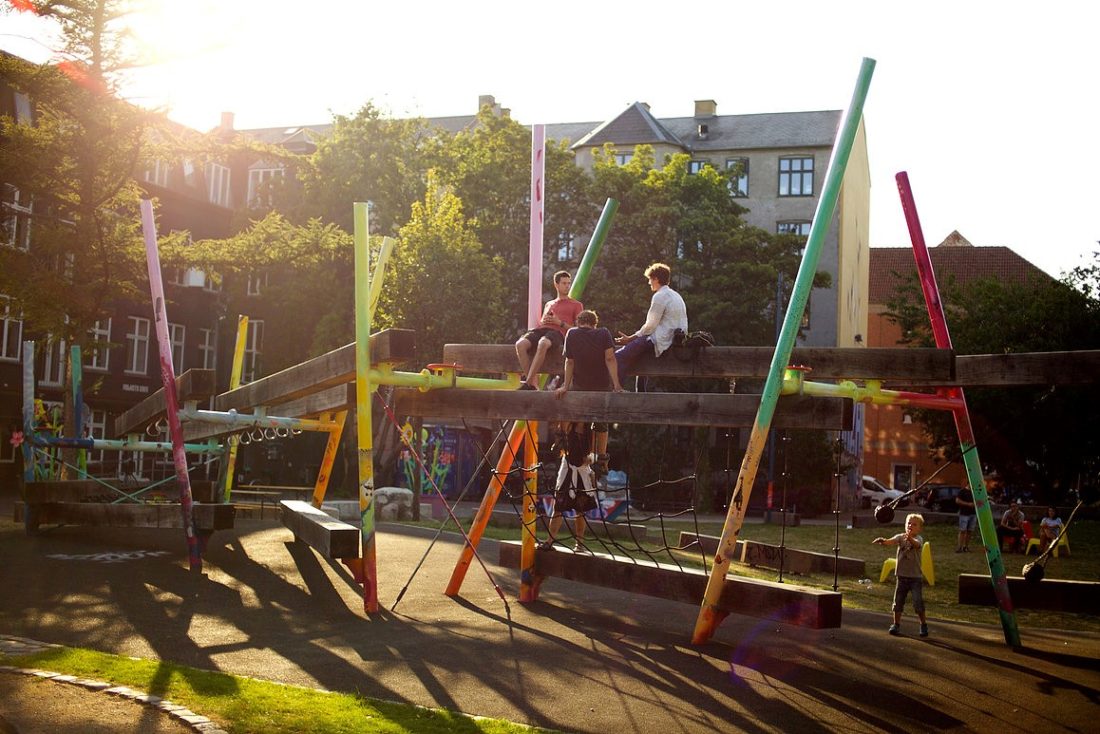 On The Edge – Development of ‘Folkets Park’ 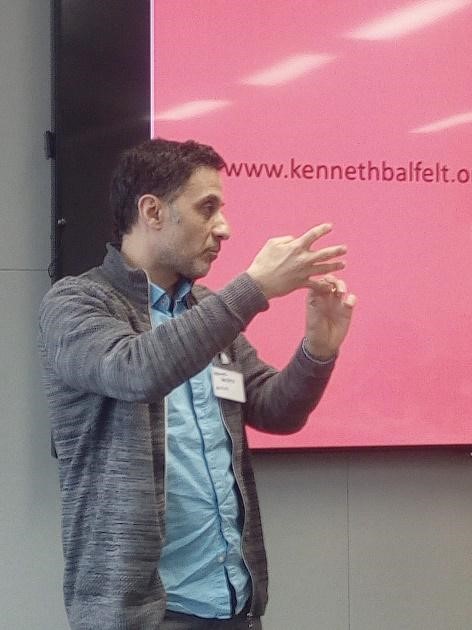 alfelt is a visual artist, who works with cities, communities and people. He works in the field of ‘Socio-Political Context Related Functional Art’. He says he’s interested in how art can produce value and knowledge to society. He has two publications from his field of expertise, and his latest book “Art as Social Practice” is one of the best guides on how to work creatively, yet inclusively in situations that are tense and “on the edge”.

Kenneth Balfelt has had a working team for 10 years now, called Kenneth Balfelt team. The team consists of 7 people from different backgrounds. Their work is about innovations, creativity, participatory methods, new tools, and encouraging the creativity of individuals. They often work with social issues, such as vulnerable housing, vulnerable people, unemployment, conflict resolution, user involvement. They have had several projects around Denmark, but also in Rio and Berlin.

“Increase Love in the Community”

‘Folkets Park’ is a park in Nørrebro, Copenhagen, that has been a place of many troubles. It was mostly unattractive and a base for drug dealers, homeless and unemployed people. Some violent incidents have taken place in ‘Folkets Park’ as well. In order to do something about the state of the park, the municipality of Copenhagen hired Kenneth Balfelt and his team to do something about it, using architecture, art and community work.

The project lasted from July 2013 to October 2014 and gave a platform for the citizens to be heard and seen. Methods such as interviews and discussions were used in an nonformal way as possible, and the whole process was based on transparency. As a result, Folkets Park became a shared outdoor space for people of different backgrounds, and something the citizens of Nørrebro are mostly proud of.

The main objective of the project was to turn Folkets Park into an attractive, tempting and actively used space that different people can call their own and that fulfills the needs that the citizens have for the park.

The contract Kenneth Balfelt made with the municipality stated that the aim of the project was to develop a method, and thus the ending result could not have been known beforehand. The contract also stated that the goal of the project was not commercial, but to “increase love in the community”. He also adds that; “It was important for me to give the park a symbolic meaning.”

From Control to Community Development

Nørrebro is a place, where a lot of minorities live. It’s a home for the left wing political movement and some political activism has taken place in Nørrebro. Today there is a lot of immigrants living in Nørrebro and unemployment is a serious problem. ‘Folkets Park’ has for some been a cause of shame for the citizens of Nørrebro: It’s a home for the homeless, the unemployed hang out there, and drugs are being used and sold. Some social groups were afraid to go to the park because of the gangs.

In 2012 4 tourists were attacked by a gang in the Folkets Park. They were lost and looked like member from a rival gang. This awakened the press and actions were demanded from the mayor of Copenhagen. The municipality decided to use architecture and security control, but they didn’t fix the problems: the trust for the municipality’s ability to take care of them was gone. 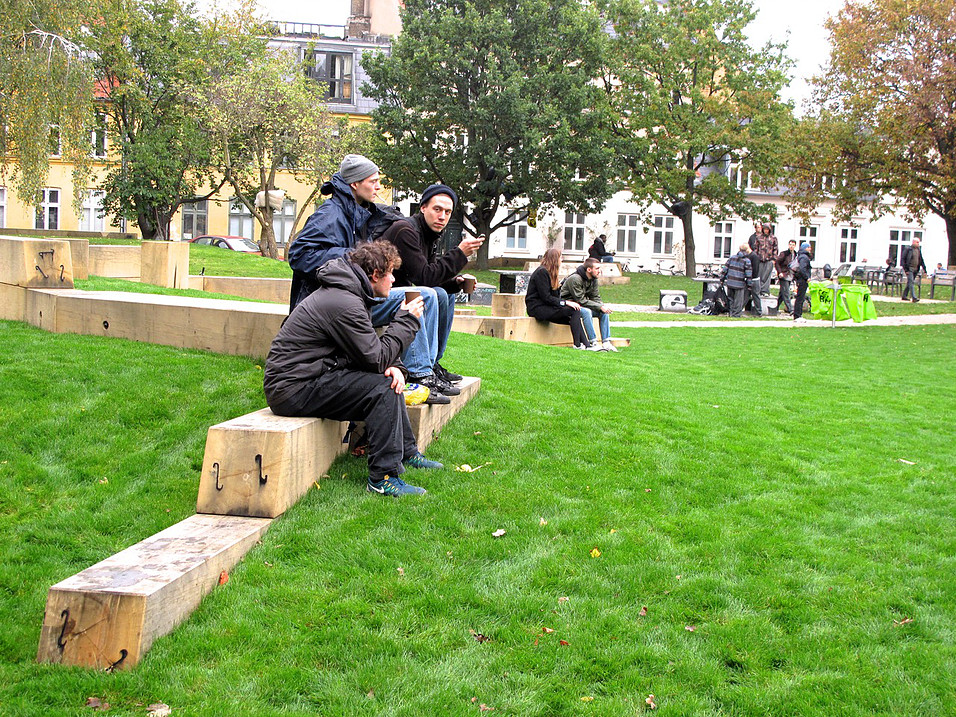 Who are the Stakeholders

The main steps of the project were:

The citizens were involved during the whole process. There were organized interviews, gatherings, discussions and meetings during different phases of the project and the meetings were open to all citizens. Even though not all citizens attended, the informing was always transparent and open. There was a forum for discussion in social media and local media.

Reflective group interviews were done in groups of 5-6 people of different social backgrounds. These were made to collect data about the needs and hopes of the citizens. Based on the interviews an analysis was made, and sent to the citizens via social media and local media. Feedback on the analysis was gathered in an organized discussion, where 40 active citizens attended. Based on this there were workshops for testing possible furniture, and another discussion was organized to get feedback. The final plans were made and the park was renewed. Yet another discussion took place to evaluate the project.

The open conversation and transparency enabled recognizing existing problems and needs, conflict resolution, getting to know people and laying down prejudices, solving social problems and ensuring access and subjectivation of users to the location. The community needed a messenger between different social groups and a platform to be heard: the interviews and the discussions were that platform. 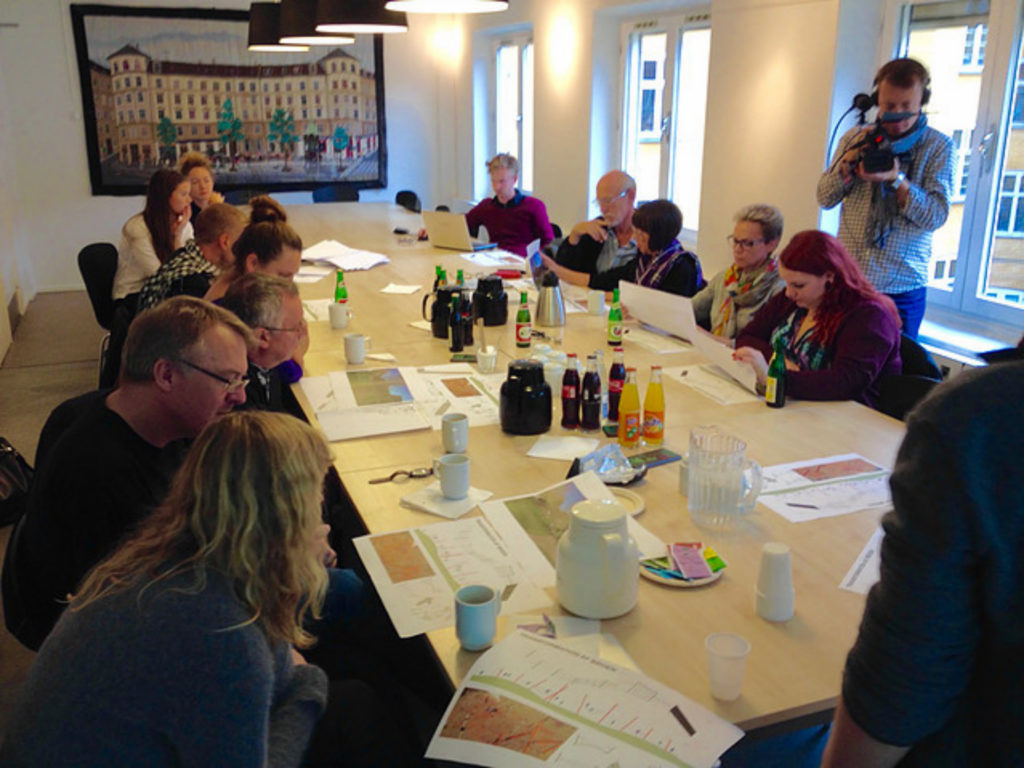 Citizens were involved in throughout the project

Even though involving the citizens was probably the main challenge during the project, the people of Nørrebro were one of the main resources for the project. Citizens attended the interviews, workshops and the discussions, and made it possible for the project to reach its goals. Two school classes painted the old bridge with some sports clubs. The municipality funded the project with 3,5 million Danish kroner altogether (in practice 2,5 million kroner).

In October 2014 the “new” Folkets Park was opened to the public, and after the evaluation the project ended. It answers the people’s needs: there’s something to sit on, to lay down and sleep on, something to play on, a toilet, beautiful lightning. All these things are designed in such a way that makes the park accessible to everyone. Sports events and festivals take place there.  Folkets park has become a shared space for different people. 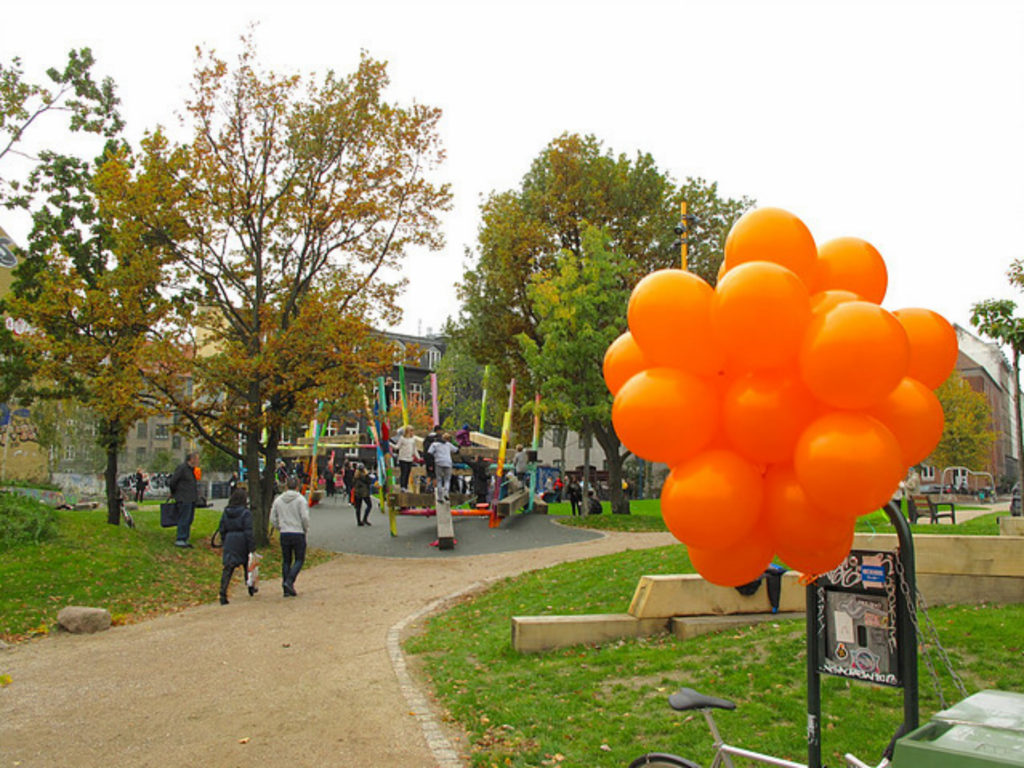 The project was also a lesson about fellow citizens. It turned out that there was only one drug dealer in the park instead of 15, and that the unemployed immigrants in the park were professionals at their own fields and knew each other from the past.

The understanding between citizens was increased and even difficult topics were taken out in the open. As Kenneth Balfelt said: “art can create new ways of working together”, and today ‘Folkets Park’ is an attractive, shared outdoor space for people of different backgrounds, and a place the citizens of Nørrebro are mostly proud of.